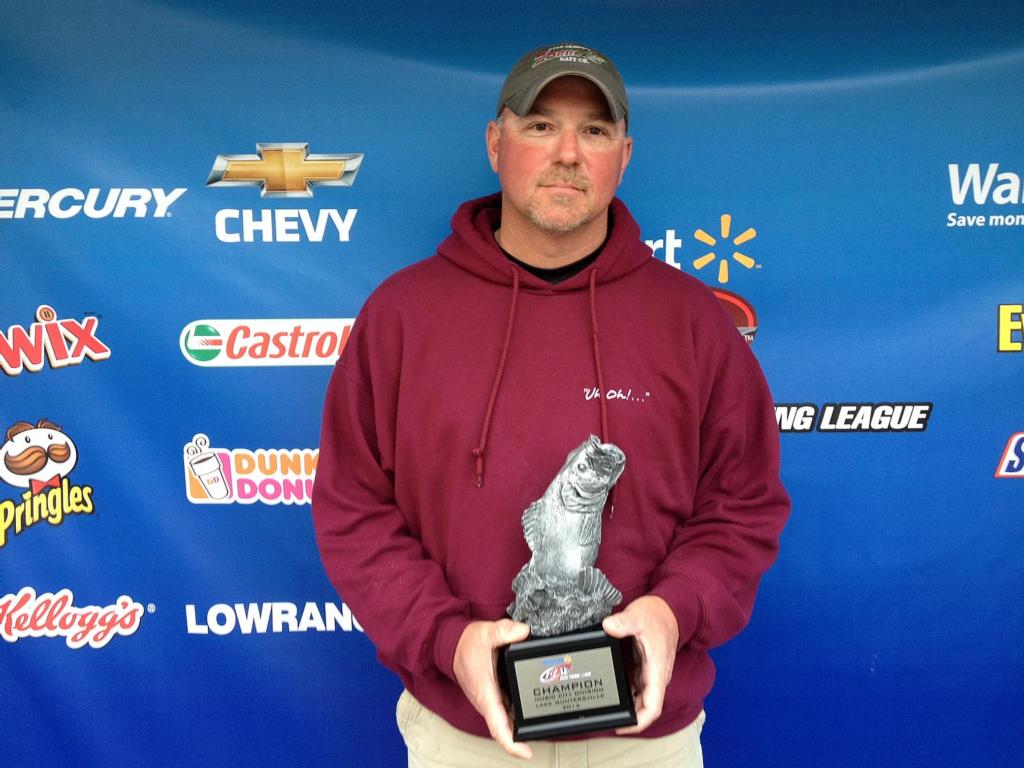 “The weather was cloudy and cold,” said Wagner. “My morning started off well and I caught two keepers pretty fast on my first spot. One fish was a 3-pounder and the other was a 5-pounder. The area that I chose to fish was a small pocket just off the main river channel. There were two points going into that pocket where those fish were staging, and that’s where I focused my efforts.

“After catching those two on a jig, I picked up an Alabama rig and finished off my limit,” Wagner continued. “I had 17 pounds after I got done with that spot, but I fished the rest of the day without much success. I caught a few fish here and there on a Rat-L-Trap, but I was not upgrading my weight.

“With only a little time left in the day I pulled up to a rip rap bank and picked up my flipping stick with another jig tied on,” Wagner went on to say. “After about 10 flips I had a 7-13 and the 7-9 in the boat. These fish were surprisingly shallow in about a foot of water and right on the bank. When I set the hook, I could immediately see the fish fighting. It was the best day I have ever had on Guntersville.”

Wagner was using an assortment of baits from the Zorro Bait Company. He used a 3/8-ounce Booza Bug Jig to catch his early-morning fish and stepped it up to a 1/2-ounce Booza Brush Bug Jig later in the afternoon. Both had skirts colored in a “Missouri Craw” pattern, which consists of a combination of dark green and brown strands, with a few chartreuse ones thrown in for brightness. 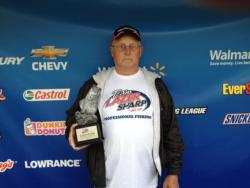 Jimmy Sparks of Tuscumbia, Ala., weighed a five-bass limit totaling 27 pounds, 9 ounces Saturday to win $1,693 in the co-angler division.