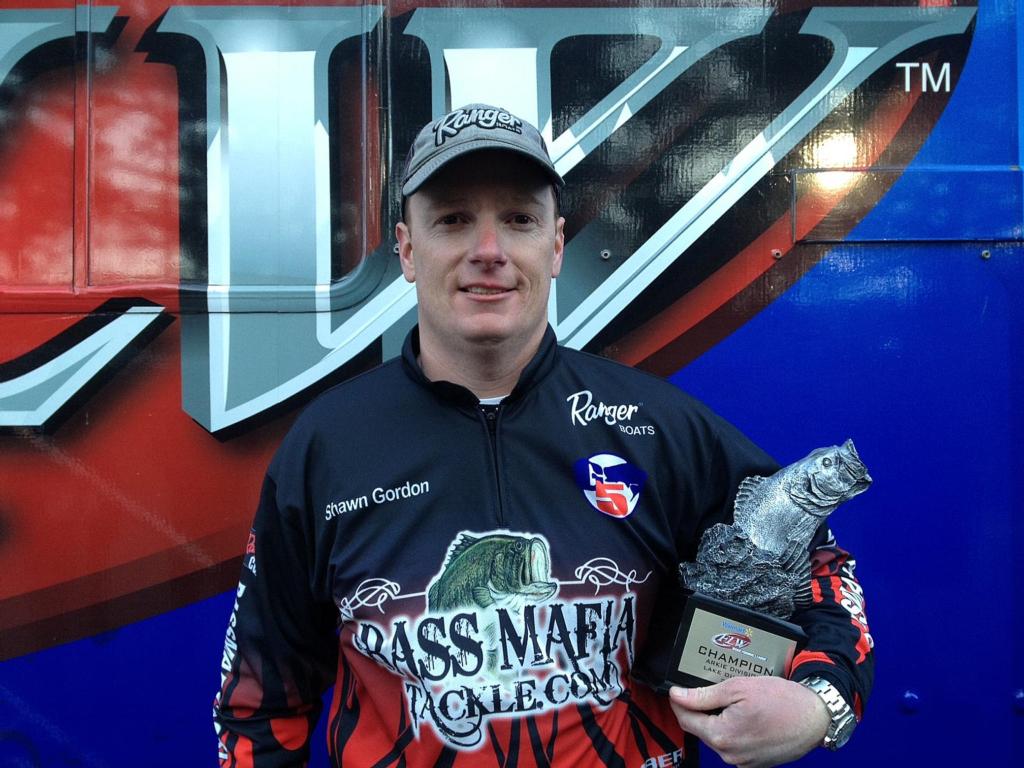 “I thought I would get a check and that would be about it,” said Gordon. “I didn’t think that I was going to win. Normally it takes a lot more weight to win on this lake. I think the key to my victory was slowing down and not running around too much.

“All I did was fish main lake points,” Gordon continued. “If it was real windy, I would throw an XCalibur Rattle Bait, and when it was less windy, I would throw a ¾-ounce Booyah football jig. All of my fish were in 10 feet of water or less. I was throwing out to where you could see the bottom and pulling it back to the drop-off.

“I had seven bites throughout the day and only landed five of them,” Gordon went on to say. “I broke one off on a jig and lost one on a Wiggle Wart. I was pretty lucky to get the bites I did.” 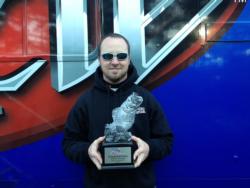