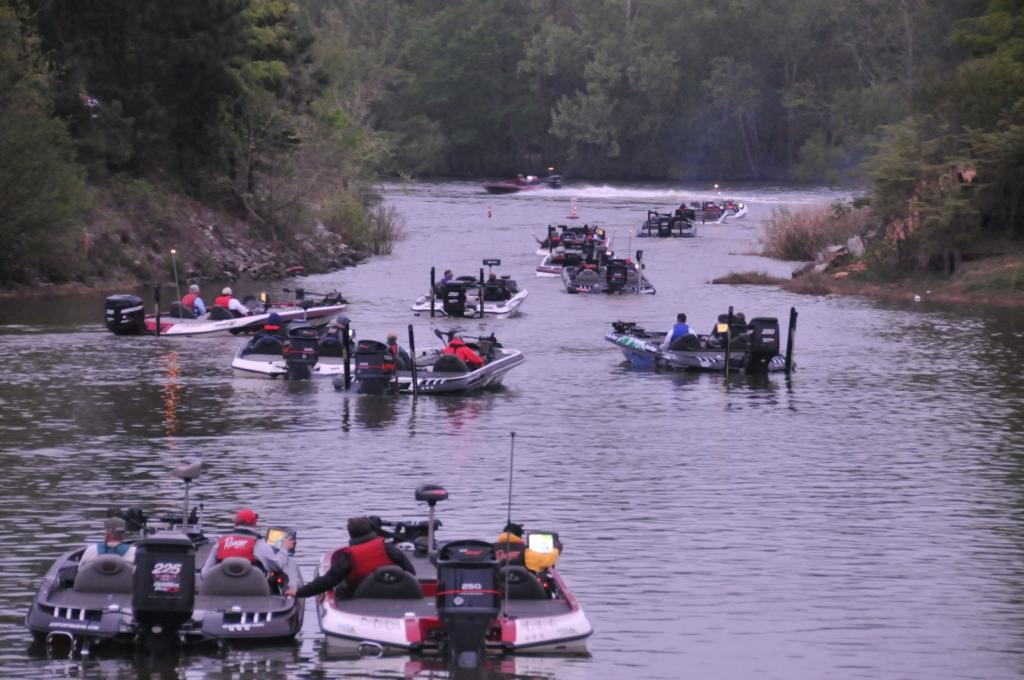 “I know that for a month the whole lake was chocolate milk and really high,” said Straight Talk pro JT Kenney of Palm Bay, Fla., who finished third in EverStart competition on Lake Seminole in 2012. “Down here in the Southeast, winter won’t let go. I’m in south Florida right now and it was 41 degrees this morning. It’s really cold. We are supposed to get a warming trend by the time the tournament starts, but I really don’t know what to expect.

“There’s some pretty big fish in the lake, but it doesn’t have a massive population of 2- to 4-pounders like a lot of lakes do,” Kenney continued. “When you take a limited number of fish and split them up in three different stages of the spawn, it could make for a tough tournament. There might be not a whole lot of limits caught.”

Kenney, who will be fishing the corresponding EverStart tournament on Seminole, concluded that practice would be especially critical for this tournament. “For Tour level events, I try to practice three days and for EverStarts, I usually only practice one or two,” said Kenney. “I’m going to be planning on four days of practice for this one just because I want to figure out what’s going on with the fish. It will be interesting to see how the tournament pans out. It’s not going to be one of those easy tournaments where you know what patterns will win beforehand.”

Kenney’s advice for the college anglers is to stick around the grassy areas of the lake. Any place on Seminole where you can find grass combined with cleaner water, tends to hold a good population of fish. Staying in those areas and cycling through different baits throughout the day could be the ticket to enticing the right bites on tournament day.

Anglers will take off from the Bainbridge Earle May Boat Basin located at 100 Boat Basin Circle in Bainbridge, Ga., at 7:30 a.m. Saturday. Weigh-in will be held at the takeoff site beginning at 1:30 p.m. Takeoff and weigh-in are free and open to the public.

Schools competing in the Lake Seminole tournament, which is hosted by the Bainbridge Convention and Visitors Bureau, include:

Auburn University of Montgomery – Tyler Strock, Slapout, Ala., and Corey Pierce, Prattville, Ala.

University of Alabama – Logan Johnson, Jasper, Ala., and Keith Kirkley, Northport, Ala.

University of Alabama-Birmingham – Matt Lipscomb, Springville, Ala., and Gregory Cain, Locust Fork, Ala.

University of Mississippi – Costa Kell and Kevin Coan, both of Dallas, Texas

University of Montevallo – Joseph Handley, Hueytown, Ala., and Jonathan Suchey, Jasper, Ala.

University of South Alabama – Jennings Earnest and Ethan Wages, both of Mobile, Ala.