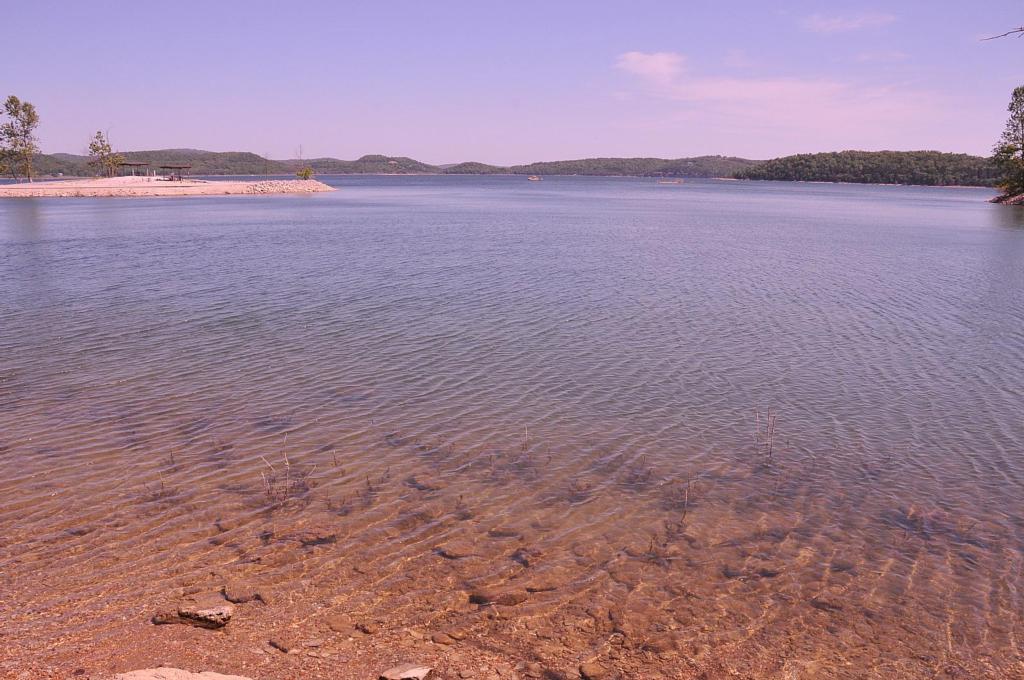 ROGERS, Ark. – Rogers, Ark., is gearing up to host the FLW College Fishing National Championship April 19-21 on Beaver Lake. Twenty-five teams from across the country have competed in 20 qualifying events and five conference championship tournaments, and the top five teams from each conference now will compete for the title of national champion in this three-day nationally televised event.

“The lake is fishing as well as its ever fished,” said Kellogg’s Pop-Tarts pro Greg Bohannan of Rogers, Ark. “It’s been taking 18 to 22 pounds to win every weekend out here because our population of largemouth is really good right now. We have had extremely low water, but there has been some rain lately, so that has put some stain in the lake. That has made them a lot easier to catch. I think we will probably see some record catches in our Walmart FLW Tour event this week.

“We are little bit behind on our spring, and the water temperature is still in the low to mid 50s,” Bohannan continued. “The fish really want to move up shallow to spawn. As soon as that water temperature gets right, the fish are going to move up and it will be a sight fishing bonanza. That’s possibly lining up to happen during this championship.

“In the clear water, you are going to see a lot finesse rigs,” Bohannan went on to say. “Shaky heads, finesse worms, small jigs, and drop-shot rigs will be popular, but you will also see anglers catching them on crankbaits and spinnerbaits. Topwaters might start to play a factor in the next couple of weeks. It’s going to give the college anglers some options. If you want to power fish, you need to go up the rivers. If you want to finesse fish or fish for smallmouth, you want to go towards the dam, near the clear water. You can kind of pick your poison in this event here. There’s going to be a lot fish biting and you will probably be able to fish however you want to fish.”

The 25 teams that will be competing in the 2013 College Fishing National Championship are:

University Of Alabama – Dustin Connell, Clanton, Ala., and Logan Johnson, Jasper, Ala.

Daily takeoffs for the national championship will be from Prairie Creek Park located at 9300 N. Park Rd. in Rogers, Ark., at 7 a.m. Weigh-ins will be at 4 p.m. at Walmart, located at 2110 W. Walnut St. in Rogers.

FLW will be hosting the College Fishing Expo April 19-21, which runs from 2-4 p.m. Friday and 12-4 p.m. Saturday and Sunday, at Walmart. Activities include a sports zone, tailgate games, sponsor giveaways and a Ranger boat simulator.

Coverage of the FLW College Fishing National Championship, hosted by the Rogers Convention and Visitors Bureau, will be broadcast in high-definition (HD) on NBC Sports Network when “FLW” airs June 9 from 11 a.m. to 12 p.m. ET. The Emmy-nominated “FLW” television show is hosted by Jason Harper and is broadcast to more than 564 million households worldwide, making it the most widely distributed weekly outdoors-sports television show in the world.

College Fishing is free to enter and FLW provides boats and drivers for each competing team along with travel allowances. All participants must registered, full-time undergraduate students at a four-year college or university and members of a fishing club recognized by their college or university.

Walmart, FLW and the Children’s Miracle Network will be hosting the 2013 Will Fish for Kids Charity Bass Tournament April 15 benefiting Arkansas Children’s Hospital. FLW Tour pros will take corporate teams fishing on Beaver Lake in a one day tournament where 100% of the proceeds will be donated to the hospital. Takeoff is at 7 a.m. at the Prairie Creek Marina located on 1 Prairie Creek Marina Drive in Rogers, Ark., and the weigh-in will take place at the marina at 3 p.m. For more information visit FLWOutdoors.com/WillFishForKids.