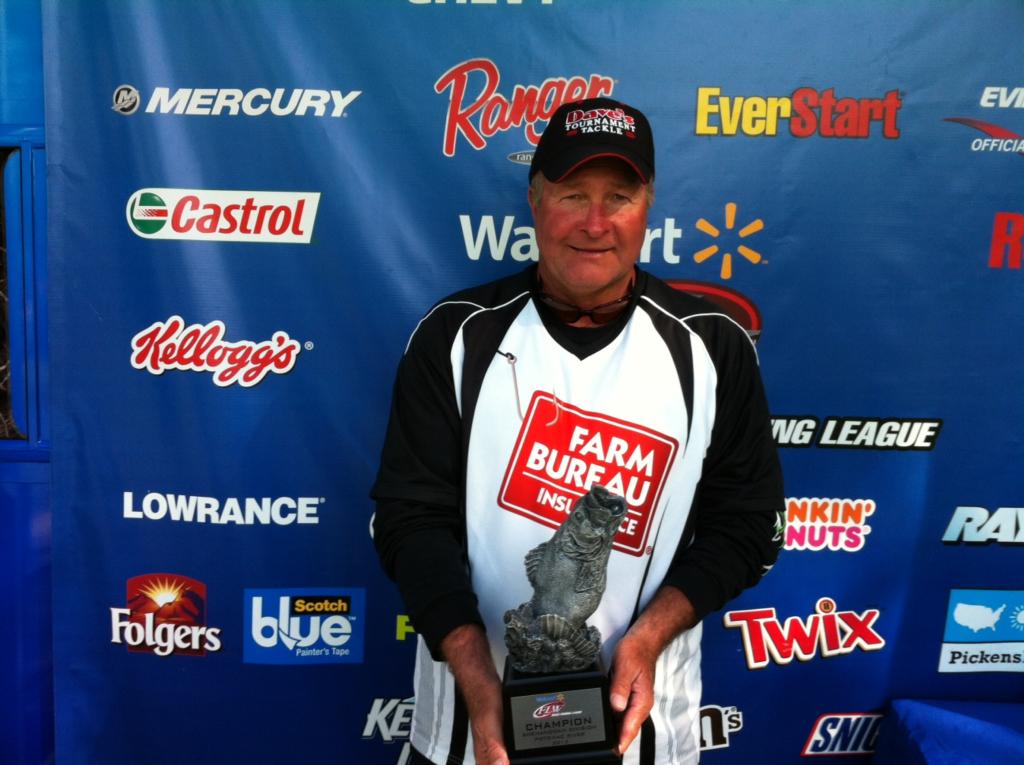 According to FLW tournament reports, Harris was fishing mid-river targeting timber in 3 to 6 feet of water using crankbaits. 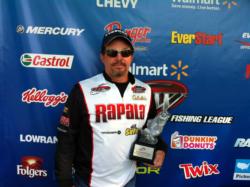