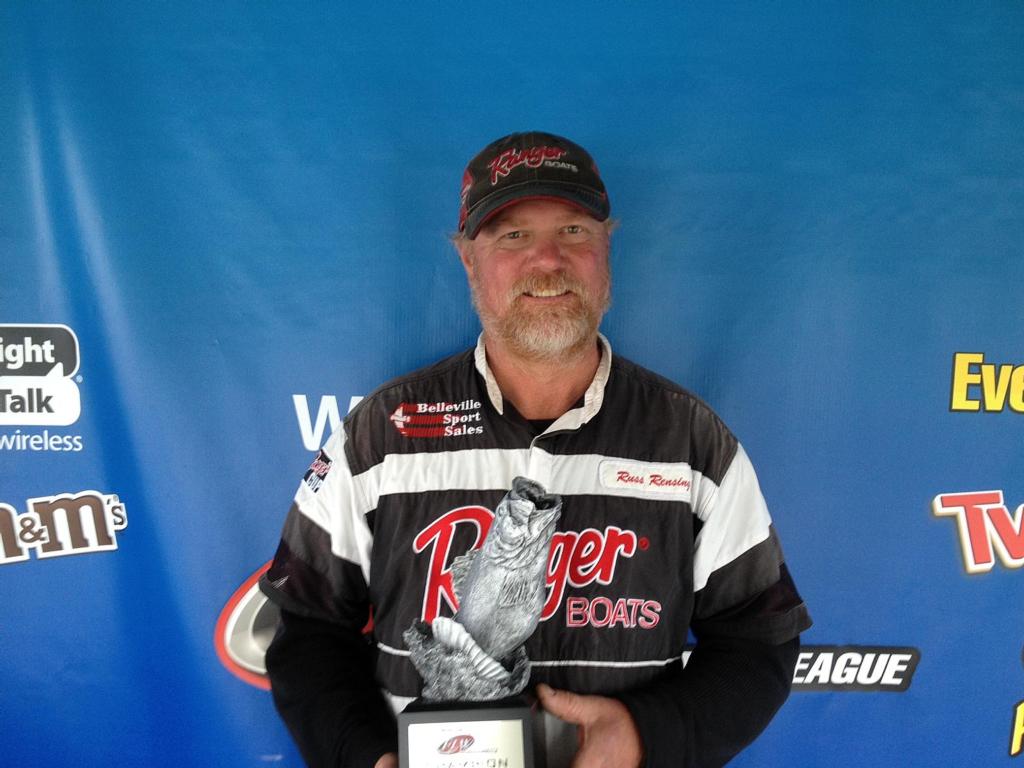 “This win was much sweeter,” said Rensing, who had a previous BFL victory in 1999. “This is my home lake. I was really struggling to start my day.”

Rensing started his day by heading north and targeting the dirty water. He tried flipping and throwing a spinnerbait, but had no success. He moved down to the mid-lake area and started to fish the cleaner water.

Rensing said that all of the fish that he weighed in came shallow, on a white and chartreuse-colored Bass Pro Shops Lazer Eye Spinnerbait with double Colorado blades.

“I had my boat sitting in 6 feet of water, and I was throwing to the bank in 3 feet of water,” Rensing continued. “I was in the backs of creeks, looking for points that had brush and bushes.

“The key for me was my knowledge of the lake,” Rensing went on to say. “I just kept rotating through my spots, and I was able to find my mid-lake area at the right time. My local Ranger dealer, Belleville Sports Sales, definitely deserves some of my credit as well. I had problems with my lower unit last week, and they had me fixed and on the water in no time. My Ranger ran perfectly all day long.” 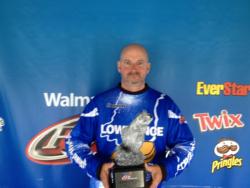