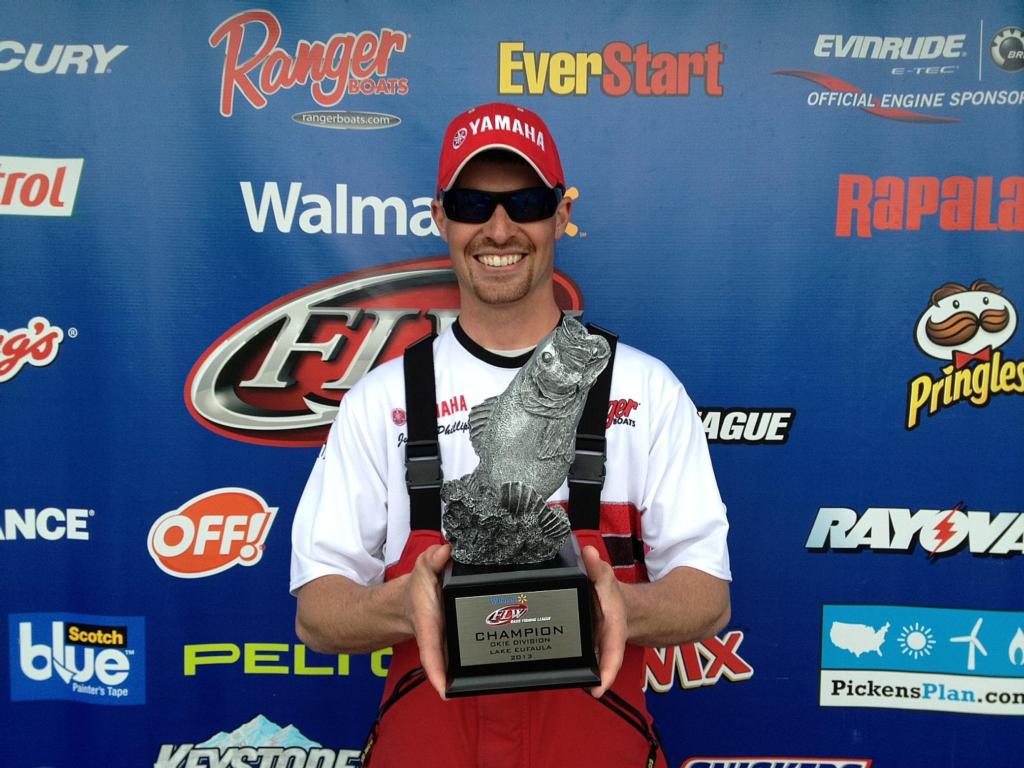 “This was my first win as a boater, and what an awesome feeling it is,” said Phillips. “This is my home lake, and there are a lot of good, local sticks here. It is not easy to beat these guys.”

Phillips started the day by running up the lake and targeting clearer water. He fished shallow, targeting shallow brush and cover. He boated four keepers throwing a black-colored A and M Baits Neon Tube and a white War Eagle spinnerbait.

“After I covered all of my shallow water, I made the decision to move out deeper,” Phillips said. “I had gotten some key bites out deep in practice, and it turned out to be a good call.”

“I pulled two nice post-spawn females out of the brush,” Phillips continued. “I was throwing a homemade brown football jig, trailered with an A and M Baits green-pumpkin craw. I only had six keeper bites throughout the entire day.”

Phillips credited his Lowrance electronics and local knowledge as the keys to his victory.

“I never ran out of areas to fish,” Phillips said. “I have spent a lot of time on this water, and I was able to find and mark key off shore structure that kept me fishing. I always had more areas that I could run to.

“I’m not sure if it made a difference or not, but I ran my HydroWave all day long,” Phillips went on to say. “I know that some other anglers credited it with their success, so that may have helped me as well.” 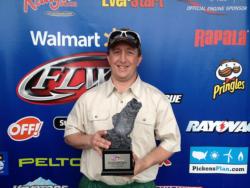