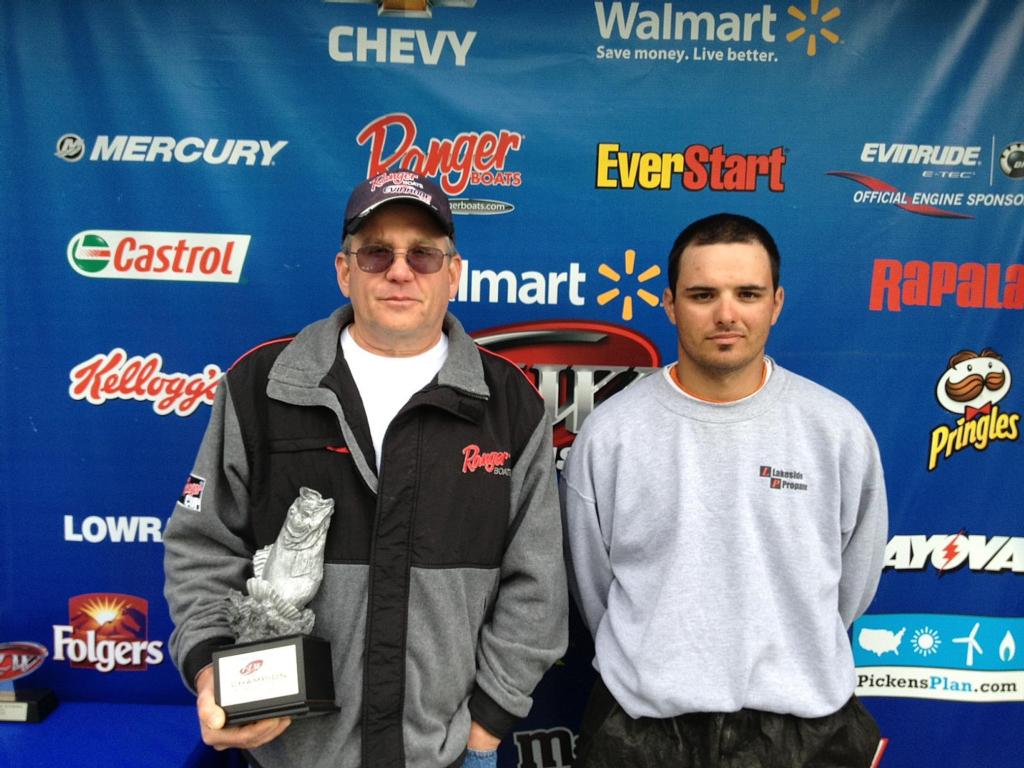 With a tie on the boater side, Bob Logan of Waynesfield, Ohio (left) and Cody Seegar of Lewistown, Ohio (right) shared the title in the May 11 Buckeye Division event on Indian Lake with 11 pounds, 6 ounces. Both were awarded $3,116 in winnings, though Logan earned an extra $2,000 for being Ranger Cup qualified. Anglers: Bob Logan, Cody Seeger.
May 11, 2013 • MLF • Phoenix Bass Fishing League

“I fished back in the game reserve,” said Logan. “I targeted the lily pad fields. I stayed in one area for the entire day. It was a nice stretch – a few hundred yards long. I just fished around it, in a circle, for the entire day. These fish were post-spawn and were hungry.”

“The key for me was just sticking it out in that area,” Logan went on to say. “I only caught around 10 fish, and there was a pretty big dry spell in the middle of the day. I ground it out, though, and it paid off.”

Seegar could not be reached for comment on his winning pattern. 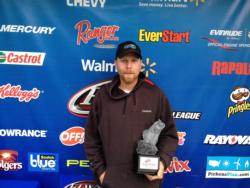 Jordan Duke of Goshen, Ohio, weighed a five-bass limit totaling 9 pounds even Saturday to win $2,078 in the co-angler division.