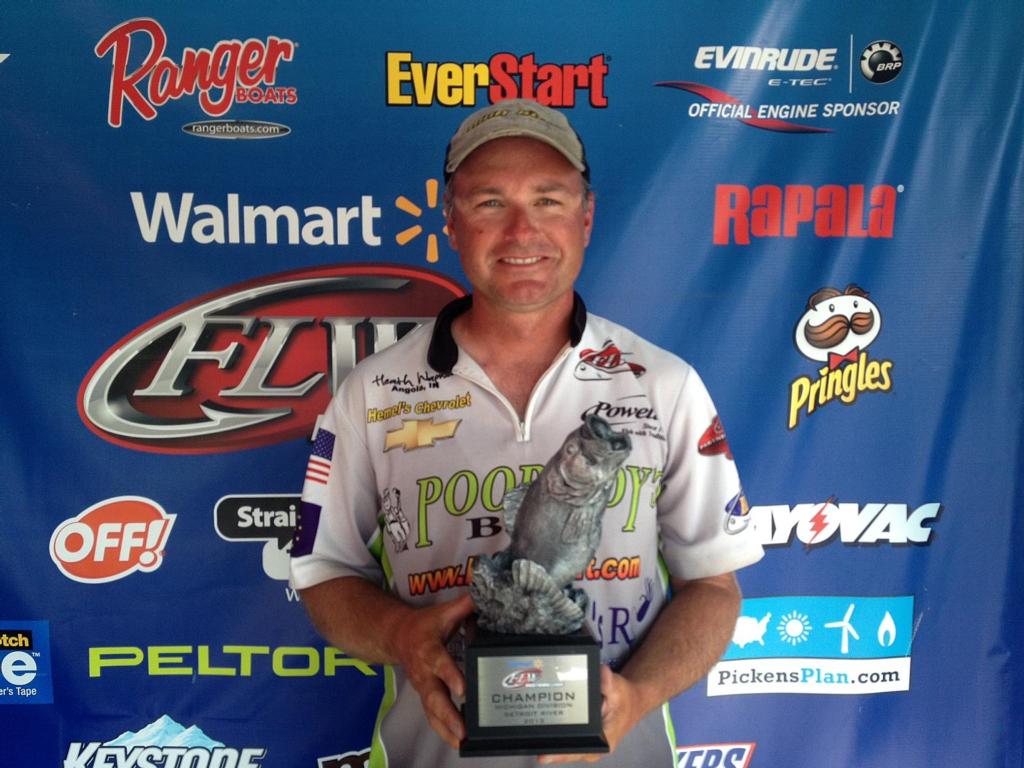 “I was blessed,” said Wagner, who earned the third BFL win of his career, all on the Detroit River. “I decided to make the long 40-mile run over to fish Lake Erie. That lake has always been my first love.”

Wagner said that he fished one isolated stretch of gravel, about 50 feet long and 50 feet wide. He said that all of his fish came on a Smoke Purple Flash-colored Poor Boy’s tube with a 3/8-ounce head in 29 feet of water.

“I had 22 pounds in my livewell within the first 18 minutes of fishing,” Wagner continued. “I had found this gravel spot about six years ago using my side imaging. It’s a little early in the season for them to be out there. I’m not sure why they were there, but I’m really glad that I stopped to check it.”

Wagner estimated that he caught about 35 smallmouth bass throughout the day, and credited his experience on the water and his Humminbird electronics as being the keys to his victory.

“I only live about an hour and a half away from Erie,” Wagner said. “It can be really difficult to pinpoint where the fish are, because there is so much stuff that looks good. I’ve got over 1,000 Erie waypoints in my GPS. But when you find them, look out. I was lucky that I had this area all to myself – there wasn’t another boat within two miles of me.” 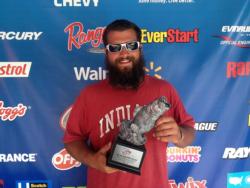