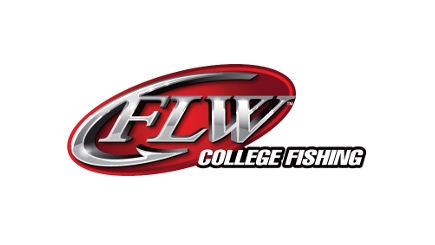 NORTH EAST, Md. – FLW College Fishing is headed to the Chesapeake Bay Sept. 14-15 for the Northern Conference Invitational tournament. Forty-five college teams have qualified for this tournament and will be competing for a top award of $4,000 and a berth in the 2014 FLW College Fishing National Championship.

“The Chesapeake is one of the best bass fisheries in the country right now,” said Adrian Avena, a former College Fishing competitor for Chestnut Hill College and now an FLW Tour pro. “The grass has really started to grow strong there the last five or six years and there have been more and bigger largemouth every year. The biggest thing about it is that it fishes small, like the Potomac. There is an opportunity to spread out and get on your own but for the most part guys will be fishing around boats.”

According to Avena, the competitors will mostly be fishing grass beds or hard cover like docks and rocks. “The grass is in giant flats on the main river,” said Avena. “This time of year the grass is starting to die off and you have to find the healthy green grass. That’s where you will find the population of fish.

“If you’re going there for the first time, finding fish in the grass can be a needle in a haystack situation,” said Avena. “But this tournament can very easily be won fishing hard stuff. You can find some rock to crank or fish boat docks. There is an almost unlimited supply of boat docks and the tournament could be easily won by fishing boat docks alone.”

Avena speculated that frogs, spinnerbaits, swimbaits, Chatter Baits, and worms would be effective in and around the grass. “For boat docks, you can flip a jig, or a Reaction Innovations Sweet Beaver around the pilings. One of the main forages there is the blue crab and you want to try to match that. Anything blue, or with a little white in it, is good.”

The expected two-day winning weight is right around 33 pounds.

Anglers will take off from the Anchor Marina located at 36 Iroquois Drive in North East, Md., at 7:00 a.m. each day. Saturday’s weigh-in will be held at the marina on beginning at 2:30 p.m. while Sunday’s final weigh-in will take place at the Walmart located at 75 North East Road at 2:00 p.m. Takeoffs and weigh-ins are free and open to the public.

Schools competing in the Chesapeake Bay tournament, which is hosted by Cecil County Tourism, include:

University of Connecticut – Grant Cunningham and Ryan Styrczula, both from Unionville, Conn.

FLW College Fishing teams compete in three qualifying events in one of five conferences – Central, Northern, Southern, Southeastern and Western. The top fifteen teams from each regular-season tournament will qualify for one of five conference invitational tournaments. The top ten teams from each conference invitational tournament will advance to the 2014 FLW College Fishing National Championship.