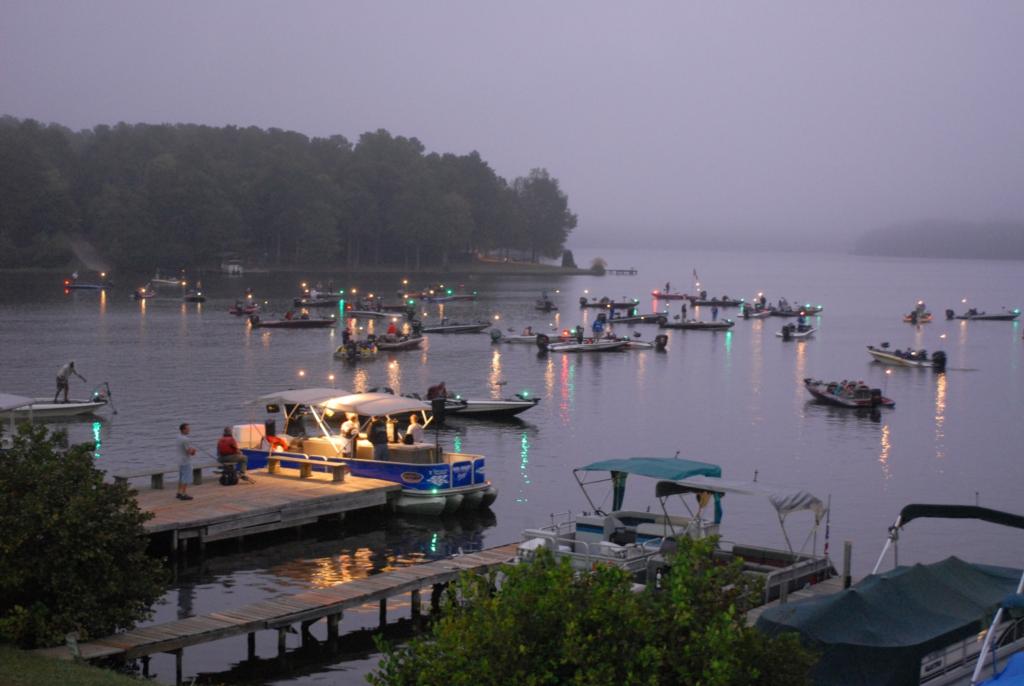 The 2013 Walmart BFL season continues with seven Super Tournaments on Saturday, Sept. 28th and Sunday, Sept. 29th. The Bama Division is headed to Lake Mitchell, the Choo Choo Division is set to take on Lake Guntersville, the Illini Division will compete on Lake Shelbyville, the Music City Division will meet on Percy Priest, the Okie Division will fish Broken Bow, the Piedmont Division will meet at Lake Gaston and the Savannah River Division will wrap up their season on Clarks Hill Lake. Up to 400 boaters and co-anglers will be competing in each event on the first day, and the top 20 percent of the field on the second day will be fishing for top awards of up to $9,000 and $4,500 respectively.

Notes: Competitors can expect good fishing on Lake Mitchell. The lake will be in the midst of the summer to fall transition and fish will be scattered throughout the lake. Anglers will get to choose between the famous Coosa River spotted bass that inhabit the lake as well as largemouth bass. Fish will likely be caught in and around current, shad schools and in the grass beds. Popular baits will include shaky-head rigs, topwater baits, swimbaits, umbrella rigs, crankbaits and jigs. The winner is expected to bring in about 30 pounds over the course of the two-day tournament.

The Bait, Tackle and Grill at Goose Pond

Notes: Bass fishing on Lake Guntersville should be excellent. Anglers will probably focus on the lake’s thick grass beds, although the opportunity to catch schooling bass could present itself. To probe the vegetation, topwater frogs, jigs and punching rigs will be popular choices, while anglers will seek suspended fish with topwater baits and umbrella rigs. The winning weight is expected to be about 43 pounds.

Notes: Bass fishing on Lake Shelbyville is likely to be tough. Despite the onset of fall, fish will still be catchable in typical summertime haunts. Anglers will divide their efforts between the lake’s shallow cover like riprap and lay-downs as well as offshore ledges. Productive baits will probably be crankbaits, soft plastics and jigs fished shallow and football-head jigs and crankbaits fished deep. The winner will probably have about 30 pounds.

Notes: Bass fishing on Percy Priest is expected to be good. The fish are probably going to be in the fall transition stage and anglers will be able to catch them all over the lake. Bass will be chasing shad shallow and hanging around cover as well as continuing to inhabit deeper summertime areas. Popular baits will be shaky-head rigs, umbrella rigs, jigs, topwater baits and crankbaits. The first-place bag is expected to be around 33 pounds.

Notes: Bass fishing on Broken Bow is reported as good. Anglers should expect fish to be catchable all over the lake at a variety of depths as the bass transition into a fall pattern. Because the lake is about 5 feet below full pool, anglers will not have a lot of shallow cover to choose from and will likely have to target structure elements and fish relating to shad. Productive baits will include jigs, topwater baits, umbrella rigs, crankbaits and spinnerbaits. The winning weight is estimated to be around 35 pounds.

Notes: Bass fishing on Lake Gaston should be good. With the approach of fall, anglers will have a chance to find more fish patrolling shallow stumps, grass and docks as they vacate their summertime spots and begin to follow schooling shad in preparation for fall. Nonetheless, some fish will likely remain in summertime locations, and some anglers might find success fishing offshore structure like points, humps and bridges. Successful baits will probably include lipless crankbaits, swimbaits, spinnerbaits, jigs, square-billed crankbaits, soft plastics and topwater baits. The winner will probably bring in about 34 pounds over the course of the two-day tournament.

Notes: Bass fishing on Clarks Hill Lake is expected to be average. Anglers will likely find many of their fish shallow around grass, docks and wood cover. Successful anglers will probably cover a lot of water trying to find active fish en route to catching their limits. Productive baits should include topwater baits, buzzbaits, jigs, square-billed crankbaits and spinnerbaits. The first place angler will likely weigh about 30 pounds in this two-day event.

FLW is the industry’s premier tournament-fishing organization, providing anglers of all skill levels the opportunity to compete for millions in prize money nationwide in 2013 over the course of 220 tournaments across five tournament circuits, four of which provide an avenue to the sport’s richest payday and most coveted championship trophy – the Forrest Wood Cup. FLW tournament fishing can be seen on the Emmy-nominated “FLW” television show and is broadcast to more than 564 million households worldwide, making it the most widely distributed weekly outdoors-sports television show in the world. FLW is committed to providing a lifestyle experience that is the “Best in Fishing, On and Off the Water.” For more information about FLW and FLW Fantasy Fishing, visit FLWOutdoors.com or FantasyFishing.com and look for FLW on Twitter and Facebook.