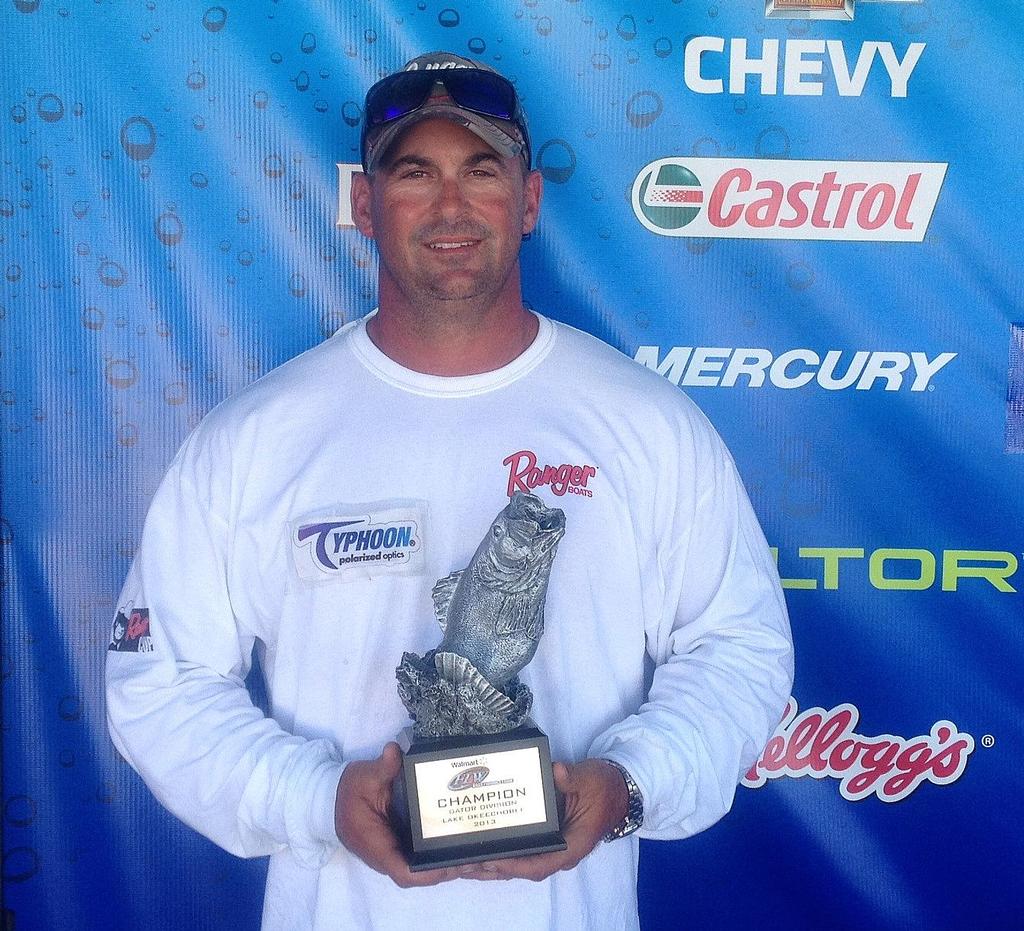 Feller caught a 10-pounder and an 8-pounder as he stormed to the win on the second day. “My co-angler turned white when he saw the mouth of the second fish come out of the hydrilla,” said Feller. “We probably high-fived for 10 minutes.

“It was all a flipping pattern in hydrilla,” continued Feller. “They were in thinner outside edges away from the crowds. I found them in practice, and it kept reloading with fish. I probably caught 50 bass the first day. I knew there were big fish moving in because they’re getting ready to spawn down here – it was just luck on my end that I got them both to the boat.

“I’m still in awe,” Feller said of his win. “I fish the lake a lot, but I didn’t think the top guys were going to stumble and leave the door open for me. I’m proud of it, and looking forward to more.” 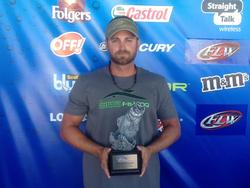