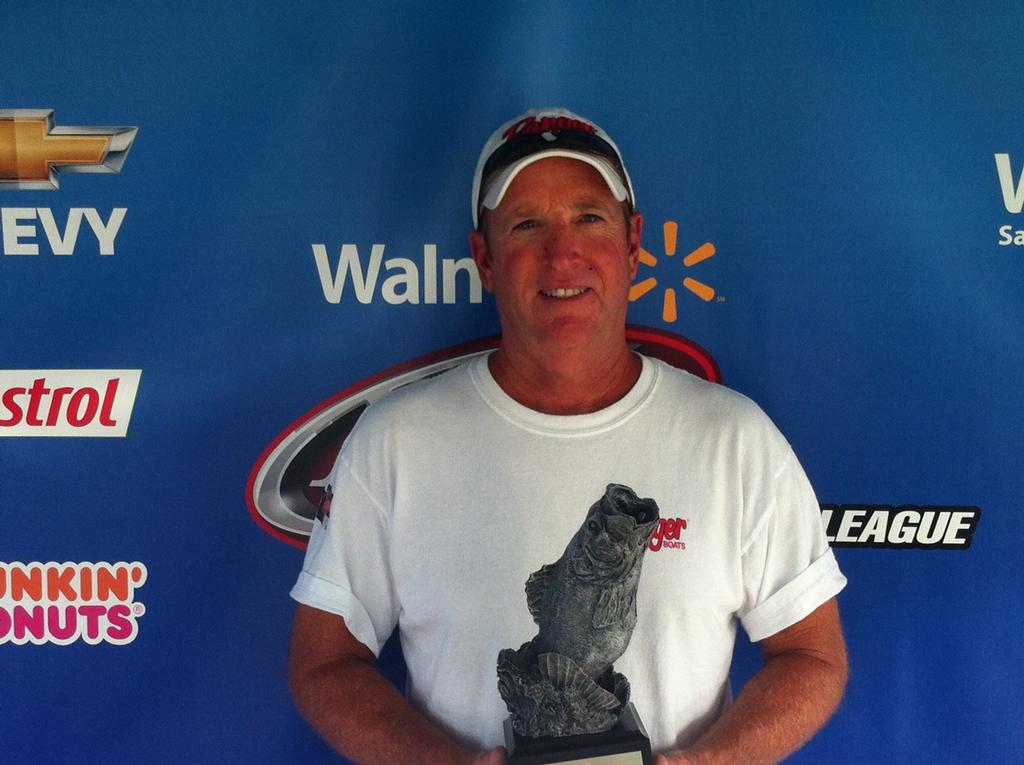 “It was brutal down there,” said Nichol. “The lake is starting to turn over, and it’s putting those bass into a funk.

“Everybody caught them shallow,” continued Nichol. “But my fish were deep. I discovered a tremendous amount of biomass at 40 feet, but you couldn’t catch them. But I found that if you pounded the 18- to 20-foot range on breaks near deep water you could catch them when they would occasionally pull up on high spots or around trash or grass and feed.

“It was a dogfight just to get a bite,” said Nichol. “A lot of times you’d get a bite and just swat at air. I would just know it was a big fish and set, and it’d be nothing. I didn’t get a lot of hooksets, but they were all quality fish. I never once pulled the measuring board out.

“It’s a very good feeling to win,” said Nichol. “I feel very blessed. There are so many good fisherman in the Savannah River division.”

Renee Price of Seneca, S.C., weighed in a two-day total of seven bass weighing 18 pounds, 6 ounces Sunday to win $2,752 in the co-angler division.