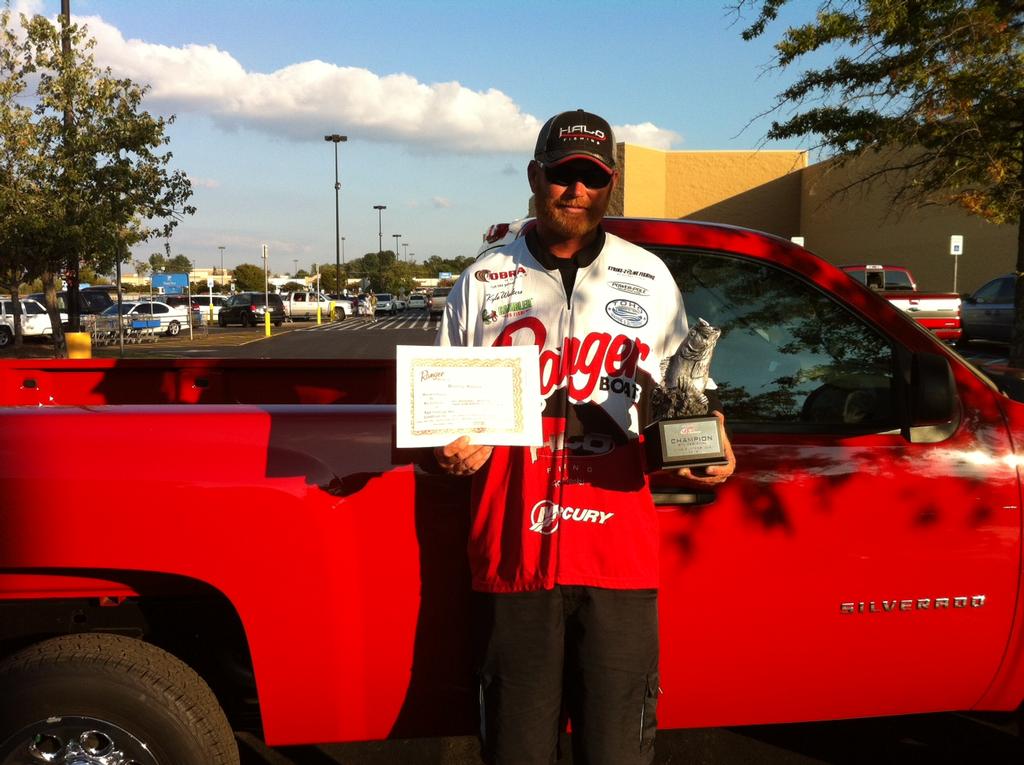 Kyle Walters of Grant-Valkaria, Fla., won the Oct. 3-5 BFL Regional on Lake Guntersville with a three-day total weight of 54 pounds, 4 ounces. Walters walked away with a new Ranger boat and motor package along with a Chevy 1500 Silverado for his efforts. Angler: Kyle Walters.
October 5, 2013 • MLF • Archives

GUNTERSVILLE, Ala. – Kyle Walters of Grant Valkaria Fla., won the Walmart Bass Fishing League (BFL) Regional on Lake Guntersville with a three-day total of 15 bass totaling 54 pounds, 4 ounces. For his victory, Walters won a Ranger Z518 with a 200-horsepower Evinrude or Mercury outboard plus a Chevy 1500 Silverado and entry into the BFL All-American presented by Chevy. This regional tournament featured the top 40 boaters and 40 co-anglers from each of the Gator, LBL, Mountain and South Carolina divisions.

Walters notched the second BFL win of his career by applying tried-and-true Florida tactics to a lake he’d never been to before.

“I wore shorts every morning,” said Walters. “It was straight Lake Okeechobee-in-September-style fishing.

“I was flipping hydrilla with heavy weights all three days,” continued Walters. “I got there in practice and was willing to try to catch them any way (I could). But when I drove over the first bridge and saw all the hydrilla I thought it might be neat to catch them flippin’.

“I found an area that I thought was good, but I didn’t know how good it was until the first morning. Then it was on like crazy. After that, I just milked that area the rest of the tournament.

“It was an outside edge right on the river channel,” explained Walters. “I think fish were coming in and out to feed. When they came in they’d eat like crazy. There were some key times early in the morning and from about 11 a.m. to 12:30 when they bit really good.

“When I went to my area, I didn’t realize it was as big as it was. I’d make a bigger pass every time during the tournament. I ended up with three areas within an area.

“The key was using 65-pound-test braid with a 7-foot, 11-inch extra heavy Halo rod,” continued Walters. “Those Tennessee River bass aren’t like Florida bass. They go crazy. You really had to yank them out. It was a stressful situation every time you’d get a bite

“As a kid you always want to win a three-day tournament. I had so many people pulling for me, it was really neat,” said Walters. “I had a lot of fun. The money’s great, but they can never take that trophy from me.”

Walters said he flipped a variety of baits on either an ounce-and-a-half or 2-ounce tungsten weight. 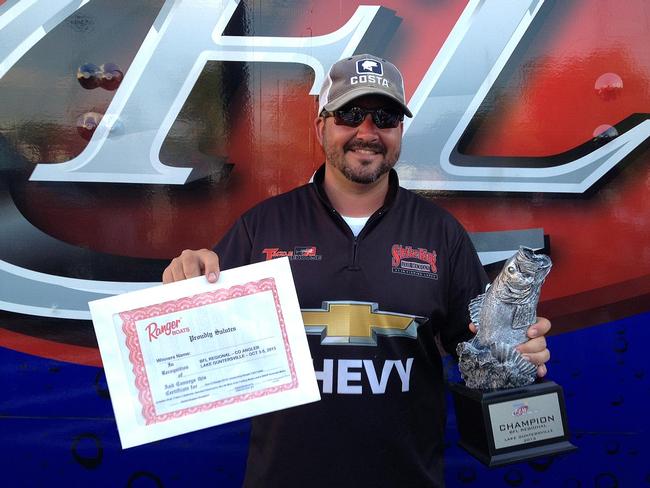 Brandon Maynard of Cookeville, Tenn., won the Co-angler Division with a three-day total of 11 bass totaling 34 pounds, 2 ounces. For his efforts, Maynard took home a Ranger Z518 with a 200-horsepower Evinrude or Mercury outboard along with a berth in the BFL All-American Championship tournament.