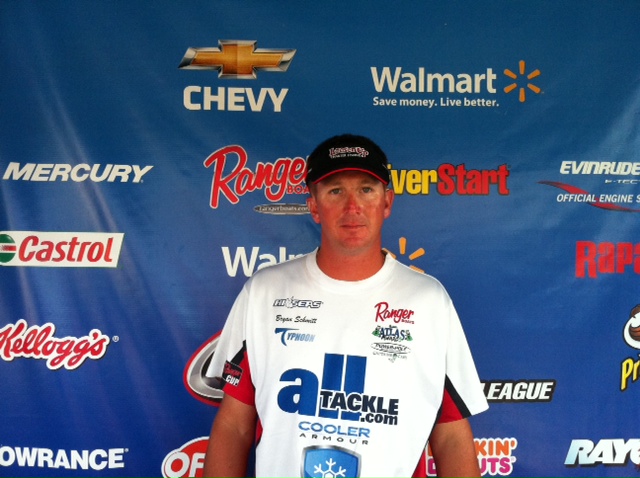 NORTHEAST, Md. – Bryan Schmitt of Deale, Md., won the Walmart Bass Fishing League Regional on the Chesapeake Bay with a three-day total of 15 bass totaling 54 pounds, 14 ounces. For his victory, Schmitt won a Ranger Z518 with a 200-horsepower Evinrude or Mercury outboard plus a Chevy 1500 Silverado and entry into the BFL All-American presented by Chevy. This regional tournament featured the top 40 boaters and 40 co-anglers from each of the Buckeye, Michigan, Northeast and Shenandoah divisions.

For the second time this year, Schmitt won an FLW event on the Chesapeake Bay. Just like his September EverStart win, Schmitt mined a key area for the bulk of his weight and won by a significant margin.

“It’s unbelievable … it couldn’t come at a better time,” said Schmitt. “This was even more gratifying than the EverStart. When you go back-to-back on the same body of water it means a lot. Things change, and I was able to get on winning fish both times.

“Each of the first two days of the event I lost some really big fish,” continued Schmitt. “The first two days could have both been 19- or 20-pound bags. Every day I would watch the tournament slipping away and then something would happen to keep me motivated.

“I had to do some finesse fishing in really thick grass. I was throwing a Senko on a spinning rod, and I would get totally taken by these big fish. That happened a lot the first two days.

“The first morning I planned to throw a swimbait on my starting spot. But my co-angler threw a Senko, and caught almost 18 pounds on the back of the boat in an hour. He didn’t do anything wrong, but he had me totally discombobulated.

“But he keyed me in even more to the pattern,” explained Schmitt. “I had a Senko rigged up, but I hadn’t planned on throwing it that first hour. I picked it up and I just wasn’t as fortunate because I lost a couple.

“The second day I was so amped up. I thought I was going to go into that spot and just destroy them,” said Schmitt. “I got three good ones out of there and lost two big ones. The final day I had a magical day. I caught a 7-pounder. There were so few bites, but they were the right ones.

“It was a dead-end canal in the middle of the grass flat,” continued Schmitt. “It was 40 feet wide by about 300 yards long. The whole edge of it was a thick algae mat. You couldn’t punch it – if you’d wanted to you would have needed a 4-ounce weight.

“The fish were right on the edge and weren’t willing to chase anything. But the slow fall of the Senko would get them to pop out and suck it in and swim right back into the mat. But they would only do it at low light. I would fish there for the first two hours in the morning, and each day I left with two to three big fish.

“Then I would go to those outside trenches in the grass like my EverStart spot and throw a swimbait and a Senko and a spinnerbait, and usually I could pick up a few others,” finished Schmitt.

Schmitt said he caught most of his weight on a black-with blue-flake 5-inch Yamamoto Senko with a 3/32-ounce bullet weight. 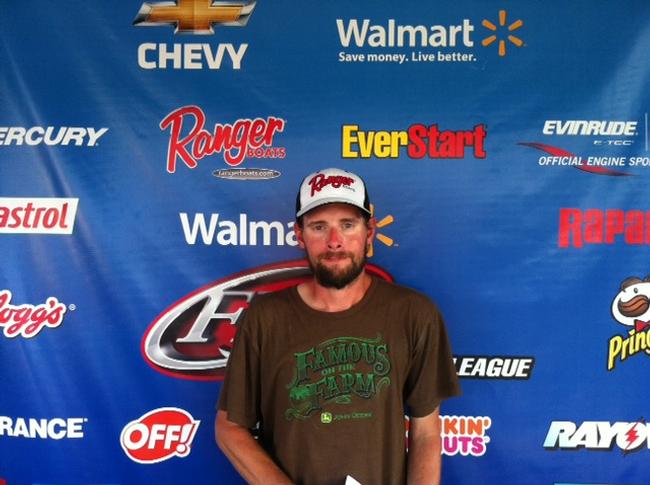 Carl Hansen of Nottingham, Pa., won the Co-angler Division with a three-day total of 14 bass totaling exactly 36 pounds. For his efforts, Hansen took home a Ranger Z518 with a 200-horsepower Evinrude or Mercury outboard along with a berth in the BFL All-American Championship tournament.