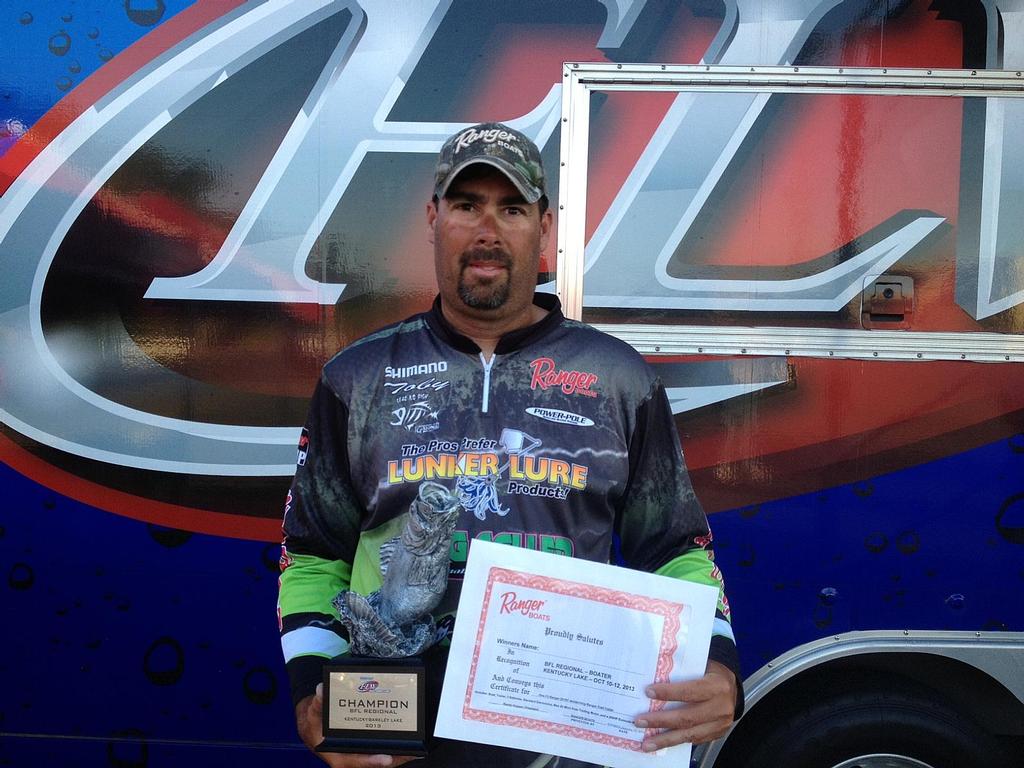 GILBERTSVILLE, Ky. – Toby Corn of West Frankfort Ill., won the Walmart Bass Fishing League (BFL) Regional on Kentucky Lake with a three-day total of 15 bass totaling 65 pounds, 6 ounces. For his victory, Corn won a Ranger Z518 with a 200-horsepower Evinrude or Mercury outboard plus a Chevy 1500 Silverado and entry into the BFL All-American presented by Chevy. This regional tournament featured the top 40 boaters and 40 co-anglers from each of the Great Lakes, Hoosier, Illini and Mississippi divisions.

Corn picked up his second BFL win of 2013 by milking a single school of bass on the south end of Kentucky Lake.

“Going into the tournament, everybody knew you had to go to the grass,” said Corn. “I drew a line on the map and started working my way back.

“Practicing on Sunday, I lucked out and found a patch of grass on the edge of the river. They were schooling on it and it held up through the tournament.

“It was a high spot off the main river,” continued Corn. “Basically an underwater island. It had about 6 feet of water on top and 12 to 15 feet on the sides.

“The first day was pretty good. I probably caught a dozen keepers in three hours. The second day I only caught the five I weighed in.

“The third day was when everything really happened,” said Corn. “My co-angler and I both caught seven or eight keepers. In the last 10 minutes before I had to leave I caught a 7-pounder. We both felt like it was meant to be.

“I was running an hour and 10 minutes each way,” continued Corn. “The weather was perfect and my Ranger boat and Mercury outboard did excellent.

Corn said he caught most of his fish on a chartreuse and white Hawg Caller spinnerbait. 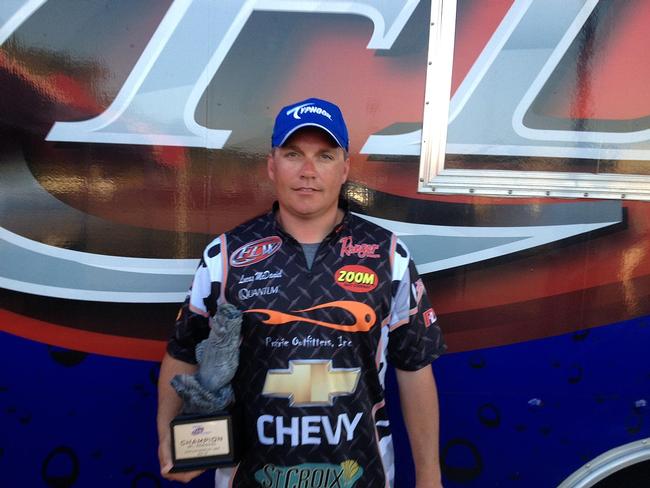 Lucas McDaniel of Fishers, Ind., won the co-angler division with a three-day total of 10 bass totaling 46 pounds, 13 ounces. For his efforts, McDaniel took home a Ranger Z518 with a 200-horsepower Evinrude or Mercury outboard along with a berth in the BFL All-American Championship tournament.