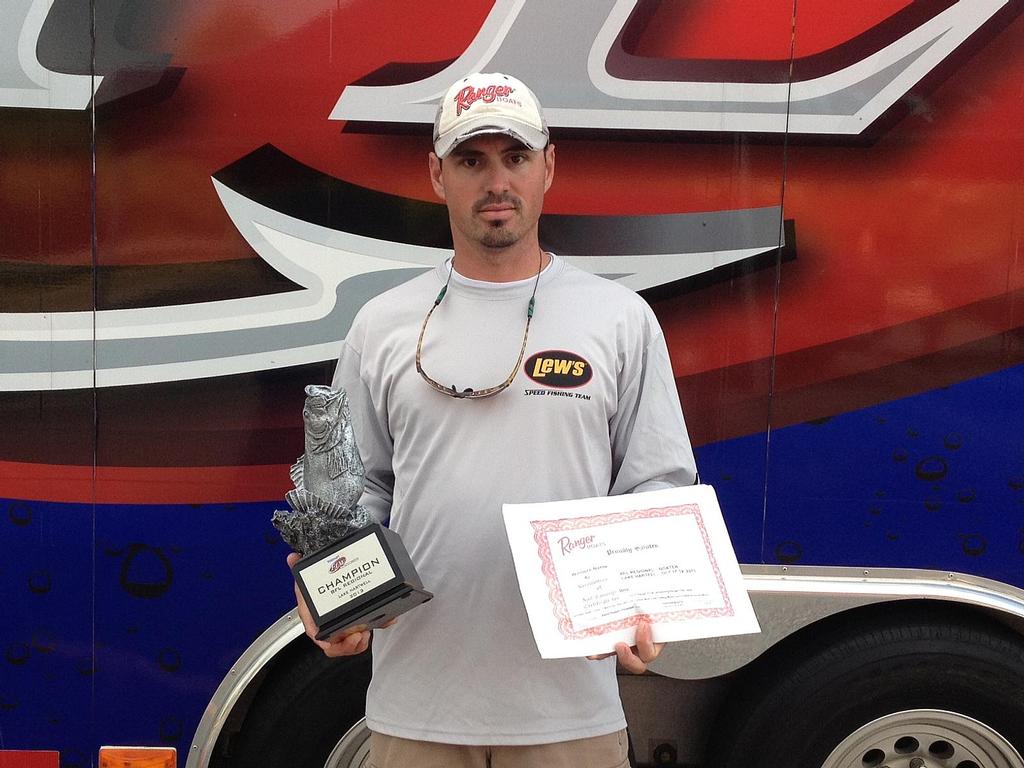 Brad Fowler of Pendleton, S.C., won the Oct. 17-19 BFL Regional on Lake Hartwell with a three-day total weight of 34 pounds, 15 ounces. For his efforts, Fowler was awarded a Ranger boat with a 200 horsepower outboard and a 1500 Chevy Silverado.
October 19, 2013 • MLF • Phoenix Bass Fishing League

LAVONIA, Ga. – Brad Fowler of Pendleton, S.C., won the Walmart Bass Fishing League (BFL) Regional on Lake Hartwell with a three-day total of 15 bass totaling 34 pounds, 15 ounces. For his victory, Fowler won a Ranger Z518 with a 200-horsepower Evinrude or Mercury outboard plus a Chevy 1500 Silverado and entry into the BFL All-American presented by Chevy. This regional tournament featured the top 40 boaters and 40 co-anglers from each of the Bama, Bulldog, Piedmont and Volunteer divisions.

Fowler picked up his first BFL win and qualified for the All-American by eschewing the temptation of fishing for numbers and instead choosing to search for individual, kicker-quality fish.

“I caught some on topwater baits and swimbaits, and the rest of them I caught drop-shotting Wackem Crazy Baits soft plastics,” said Fowler.

“I had a little pattern of the depth they were in, and there had to be some baitfish in the area,” added Fowler. “It was mainly the depth. It could be on a point or a hump, it just had to have some of those ingredients.

“All the drop-shot fish I caught I singled out. I would move around in 20 to 25 feet of water until I found one on my electronics. They were usually the big fish,” continued Fowler. “A lot of people weren’t doing that. If I pulled up to a spot and saw a school of fish I would leave.

“The third day the wind blew pretty hard and it got tougher to do what I was doing. I actually caught my best fish on a swimbait that day.

“If feels pretty good. It’s a long time coming I guess,” Fowler said of his win. “I’m looking forward to the All-American. I’ve heard a lot of good things about it.”

Fowler said he caught most of his fish on a Wackem Crazy Baits Big Sissy worm in a variety of colors. 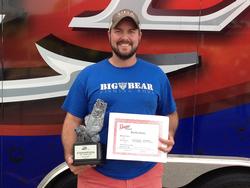 Justin Kimmel of Watkinsville, Ga., won the co-angler division with a three-day total of 13 bass totaling 27 pounds, 7 ounces. For his efforts, Kimmel took home a Ranger Z518 with a 200-horsepower Evinrude or Mercury outboard along with a berth in the BFL All-American tournament.