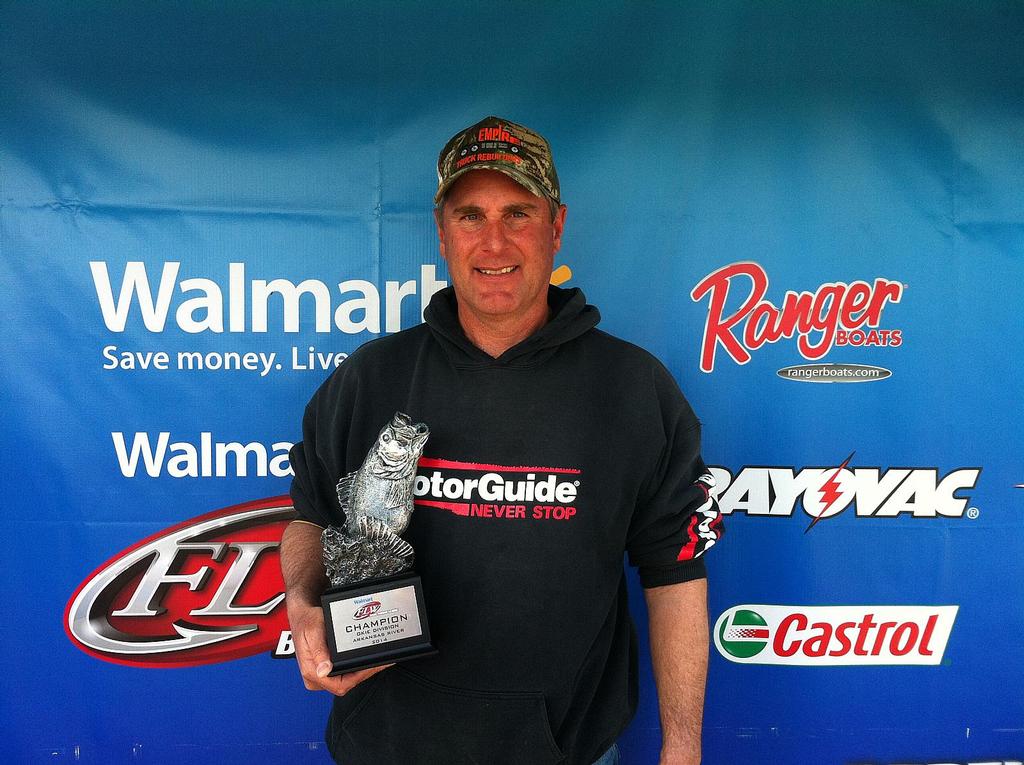 Stratton milked one breakline to pick up his first BFL win in the first BFL tournament that he has ever entered.

“I caught `em on a swim jig,” said Stratton. “I was fishing a little break the fish were moving up on. I had lots of boats around me, it was a community area. I went back and forth all day along a 70-yard stretch in a backwater.”

Stratton said that the water depth on his break was 1- to 2-feet deep, and that he didn’t make a cast in water deeper than 3 feet.

“We probably caught 15 fish. They kept moving in all day. I had three waypoints marked and you could almost count on a fish if you gave them a 15 minute rest.

“I didn’t think I would win,” continued Stratton. “I prefished the last two weeks and had one spot where I thought I could catch 40 fish. But it was so shallow that I got stuck on a sandbar and couldn’t get in there.

“It’s pretty exciting to win. I fished tournaments until my son got old enough to play baseball. At that point, I stopped fishing tournaments for six years. He’s not playing travel baseball this year, so I’m getting back into it.” 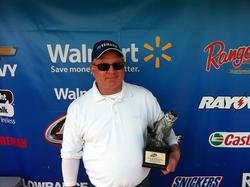