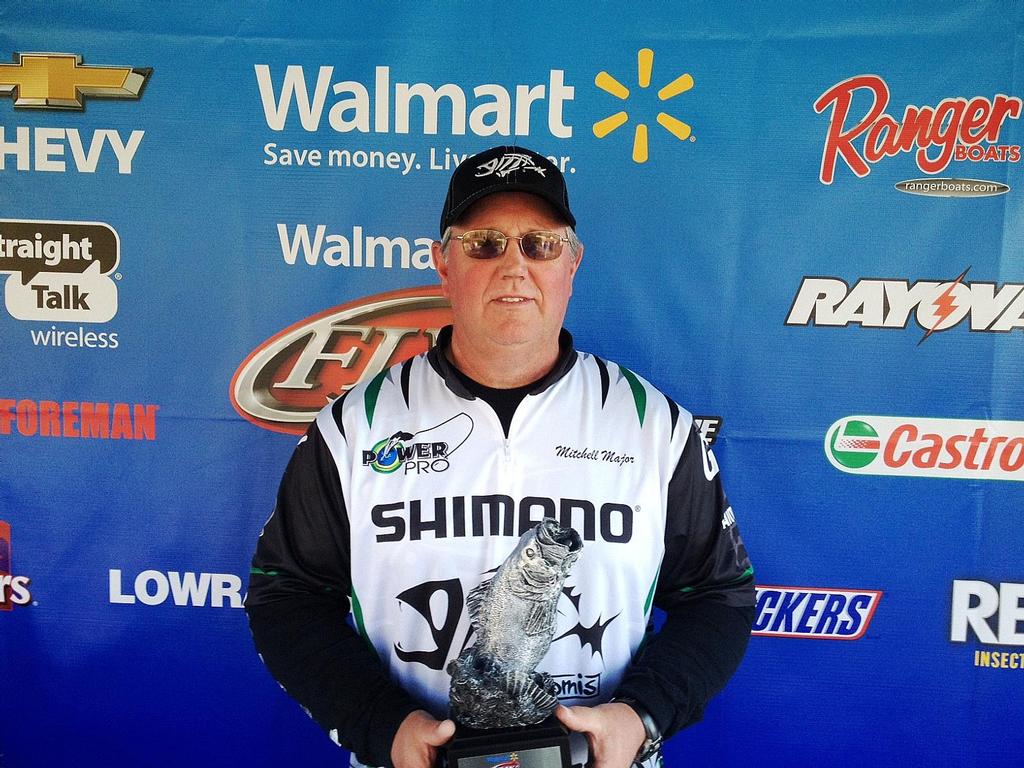 Mitchell Major of Lancaster, Ky., won the April 5 Mountain Division event on Dale Hollow with 21 pounds, 7 ounces worth of bass. He was awarded over $5,300 for his victory.
April 5, 2014 • MLF • Phoenix Bass Fishing League

Major earned the first BFL win of his career by putting down the umbrella rig and throwing a jig for prespawn Dale Hollow bass.

“It was an awesome, awesome weekend,” said Major. “It just worked out. I’ve had my chance to win before but it seems like I’ve lost fish or broken off fish. This weekend it was just meant to be.

“I caught `em on a jig and a spinnerbait,” Major continued. “Every fish that I weighed in came on the jig. I was catching them on lay-down logs in pockets off of Wolf River.

“The key was making the right change,” explained Major. “I started out throwing an umbrella rig, because I didn’t want to get beat on it again. But I came to a lay-down and picked up a jig and caught a 4-pounder. Then I moved a little way down the bank and did it again. So I just started throwing the jig and a spinnerbait for the rest of the time.”

Major said all the fish he weighed in came on a 3/8-ounce D&L Tackle jig in the Cumberland Craw color. 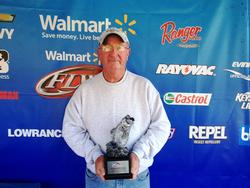 FLW is the industry’s premier tournament-fishing organization, providing anglers of all skill levels the opportunity to compete for millions in prize money nationwide in 2014 over the course of 229 tournaments across five tournament circuits, four of which provide an avenue to the sport’s richest payday and most coveted championship trophy – the Forrest Wood Cup. FLW tournament fishing can be seen on the Emmy-nominated “FLW” television show and is broadcast to more than 564 million households worldwide, making it the most widely distributed weekly outdoors-sports television show in the world. FLW is committed to providing a lifestyle experience that is the “Best in Fishing, On and Off the Water.” For more information about FLW visit FLWOutdoors.com and look for FLW on Twitter, Facebook, Pinterest, Instagram, and YouTube.