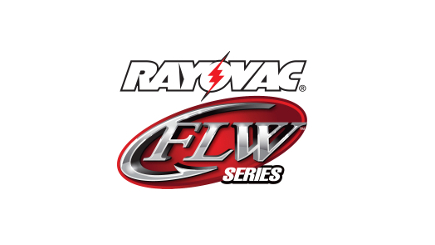 GUNTERSVILLE, Ala. – Jonathan Henry of Grant, Ala., brought the largest stringer of the tournament to the scale Saturday – a five-bass limit totaling 30 pounds, 14 ounces to win the Rayovac FLW Series Southeast Division event on Lake Guntersville presented by Mercury with a three-day total of 15 bass weighing 77 pounds, 8 ounces. For his victory, Henry earned $40,000.

Henry started the day in ninth place but jumped to the top of the leaderboard after catching the only limit weighing more than 30 pounds throughout the three-day event.

“Today I caught them off of a community hole on a bridge,” said Henry, who earned his first career victory in FLW competition. “The first two days I fished probably 30 spots a day. Some were shallow and some were medium-offshore.”

Henry explained that the bass were feeding when he arrived at the bridge in the morning, and that he didn’t leave until he had caught over 30 pounds on a Shad 1-colored Scottsboro Tackle Fringe Swimbait.

“Guntersville is the best lake in the country,” said Henry of his home waters. “I caught about 25 bass and culled three or four 5-pounders today. My co-angler thought I had it won and I thought I had a good chance. I didn’t know that I had more than 30 pounds, though. When I saw that I knew that Mark Rose would need to have a really big bag to beat me.

“About a year and a half ago, Jason Christie started helping me, I fish the FLW Tour as a co-angler and practice with him,” finished Henry. “I hang around with guys that expect to win and I think that’s rubbed off on me. I hadn’t thought about the check until they handed it to me. All I wanted was that trophy. All I wanted to do was win.”

The top 10 pros on Lake Guntersville were:

Rose and Bryan Gustafson of Fort Frances, Ontario, tied for the biggest bass of the tournament in the pro division on Thursday, each weighing a bass that weighed 7-pounds, 9-ounces, to split the day’s Rayovac FLW Series Big Bass award of $300.

Malcolm Acree of Clearwater, Fla., won the co-angler division and a Ranger Z117C with an Evinrude or Mercury outboard motor with a three-day total of 15 bass weighing 50 pounds, 12 ounces.

The top 10 co-anglers on Lake Guntersville were:

Keller Jr. caught the biggest bass of the tournament in the co-angler division Friday – a 9-pound, 1-ounce bass – that earned him the day’s Rayovac FLW Series Big Bass award of $200.