Northern Conference event slated for May 3 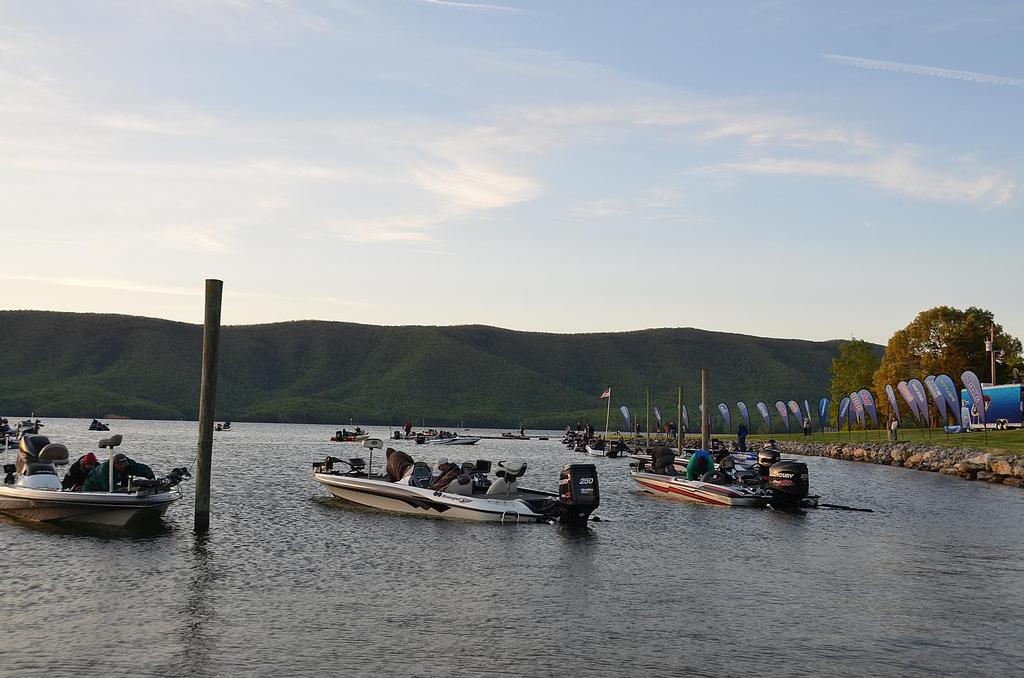 “Smith Mountain Lake is my home lake,” said Castrol pro David Dudley of Lynchburg, Va., who is FLW’s all-time leading money winner. “The college teams are going to find the bass lying on the beds everywhere.

“My advice to those anglers would be to bring your polarized sunglasses,” Dudley continued. “Burn your trolling motor up until you find the winning stringer. Look for the spawning fish on beds, and fish the boat docks while you’re looking. I think most teams are going to see 50 to 75 fish on the bed that day.”

Dudley said that if he was fishing this event he would be throwing a jig and a shaky-head rig for most of the day.

“In a one-day tournament like this, I think the sight-fishing is going to be the key,” Dudley said. “I’m going to guess that 18 pounds will be very strong in this event.”

Anglers will take off from Parkway Marina located at 16918 Smith Mountain Lake Parkway in Huddleston, Va., at 6:30 a.m. Saturday. Weigh-in will be held at the marina beginning at 2:30 p.m. Takeoff and weigh-in are free and open to the public.

Schools competing in the Smith Mountain Lake tournament, which is hosted by the Parkway Marina, include:

FLW College Fishing teams compete in three qualifying events in one of five conferences – Central, Northern, Southern, Southeastern and Western. The top fifteen teams from each regular-season tournament will qualify for one of five conference invitational tournaments. The top ten teams from each conference invitational tournament will advance to the 2015 FLW College Fishing National Championship.

FLW is the industry’s premier tournament-fishing organization, providing unparalleled fishing resources and entertainment to our sponsors, fans and host communities. FLW is offering anglers of all skill levels the opportunity to compete for millions in prize money nationwide in 2014 over the course of 229 tournaments across five tournament circuits, four of which provide an avenue to the sport’s richest payday and most coveted championship trophy – the Forrest Wood Cup. For more information about FLW and FLW Fantasy Fishing, visit FLWOutdoors.com or FantasyFishing.com and look for FLW on Twitter, Facebook, Pinterest, Instagram and YouTube.