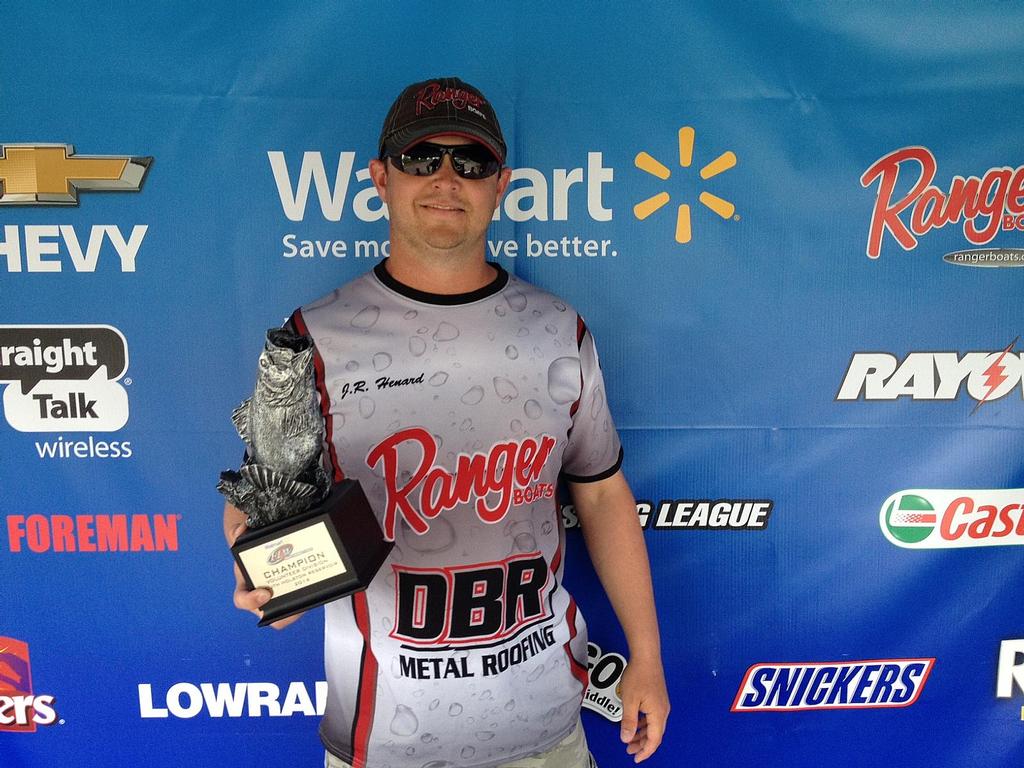 J.R. Henard of Rogersville, Tenn., won the May 10 Volunteer Division event on South Holston Reservoir with a 17-pound, 7-ounce limit. For his efforts, Henard earned a check for over $5,700. Angler: J R Henard.
May 10, 2014 • MLF • Phoenix Bass Fishing League

“I started out fishing fast with crankbaits, spinnerbaits and swimbaits,” said Henard, who earned the second BFL win of his career. “Then I picked up a worm and caught two keepers. I went back and forth between the crankbait and a worm. Then the fishing got pretty slow so I just stuck with the worm.

“I mostly fished the pockets in the creeks. I think my biggest one was spawning, but I caught some more that hadn’t pulled up to spawn yet.

“I caught one largemouth, but I culled it out with a bigger smallmouth,” explained Henard. “I weighed in all smallmouth. It rained a little, but it wasn’t terribly bad. It was overcast pretty much all day. I felt like it would be a good day to fish for smallmouth.

“I’m pretty happy,” finished Henard. “I wasn’t really expecting to win this one. The guys that fish up here are so good, just making a top 10 is pretty good for me.”

Henard said that most of his fish came on a Texas-rigged 4-inch Berkley Powerbait Finesse Worm. 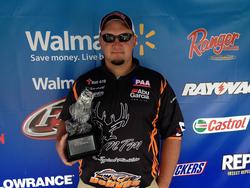