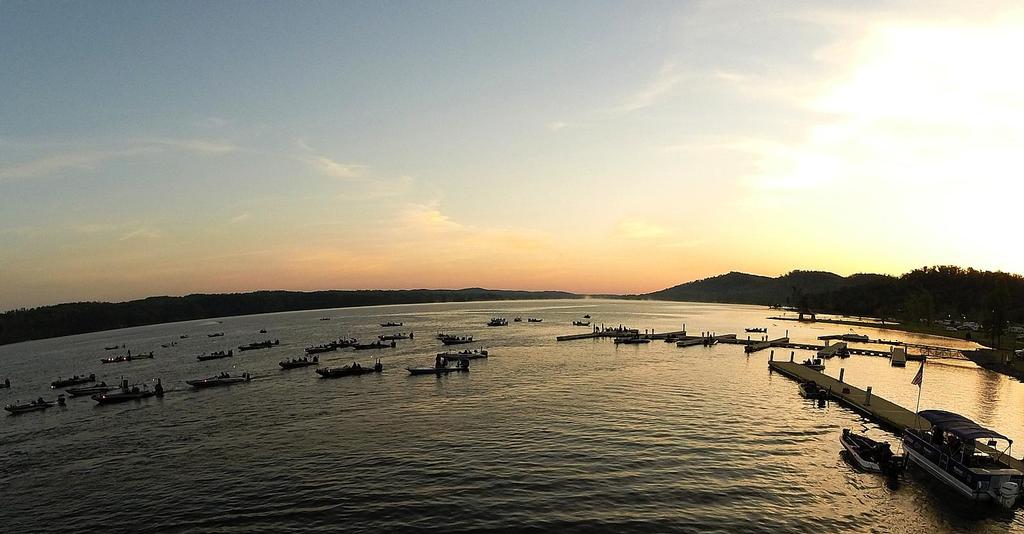 “Guntersville is fishing great right now, and by the time this tournament starts it should be even better,” said Straight Talk Wireless pro Scott Canterbury of Springville, Ala., who has three top-ten finishes on Lake Guntersville in FLW competition. “Anglers are going to be able to fish to their strengths and catch them any way they want to.”

Canterbury suggested that most of the large schools of bass will have moved to the ledges, but tournament anglers would still be able to put together a solid limit of bass if they prefer to fish shallow.

“There will definitely be some fish still shallow,” Canterbury said. “Find the greenest grass you can. The bass are biting topwater baits pretty good right now. A Heddon Zara Spook, swimbait or a swimjig will all catch fish.

“But, if they’re comfortable fishing deep, that’s where I think the tournament will be won,” Canterbury continued. “Be looking at your electronics and graphs and a team will definitely find some big schools out deep on the ledges. These anglers will be throwing crankbaits, football jigs and big swimbaits.

“The potential for a huge stringer is always there on Lake Guntersville,” Canterbury went on to say. “You can catch in the lower- to mid-20 pounds fishing shallow, but I think a team that is fishing deep will bring 25 to 28 pounds in to win the event.”

Anglers will take off from Civitan Park located at 1130 Sunset Drive in Guntersville, Ala., at 6:30 a.m. Saturday. Weigh-in will be held at the park beginning at 2:30 p.m. Takeoff and weigh-in are free and open to the public.

Schools competing in the Lake Guntersville tournament, which is hosted by the Marshall County Convention & Visitors Bureau, include:

Samford University – Andrew Brown and Will Worthington, both of Cullman, Ala.

University of Alabama – Logan Shaddix, Cullman, Ala., and Charles Hurst, Arley, Ala.

University of West Georgia – Matt McKenzie and Brandon Black, both of Douglasville, Ga.

FLW College Fishing teams compete in three qualifying events in one of five conferences – Central, Northern, Southern, Southeastern and Western. The top fifteen teams from each regular-season tournament will qualify for one of five conference invitational tournaments. The top ten teams from each conference invitational tournament will advance to the 2015 FLW College Fishing National Championship.