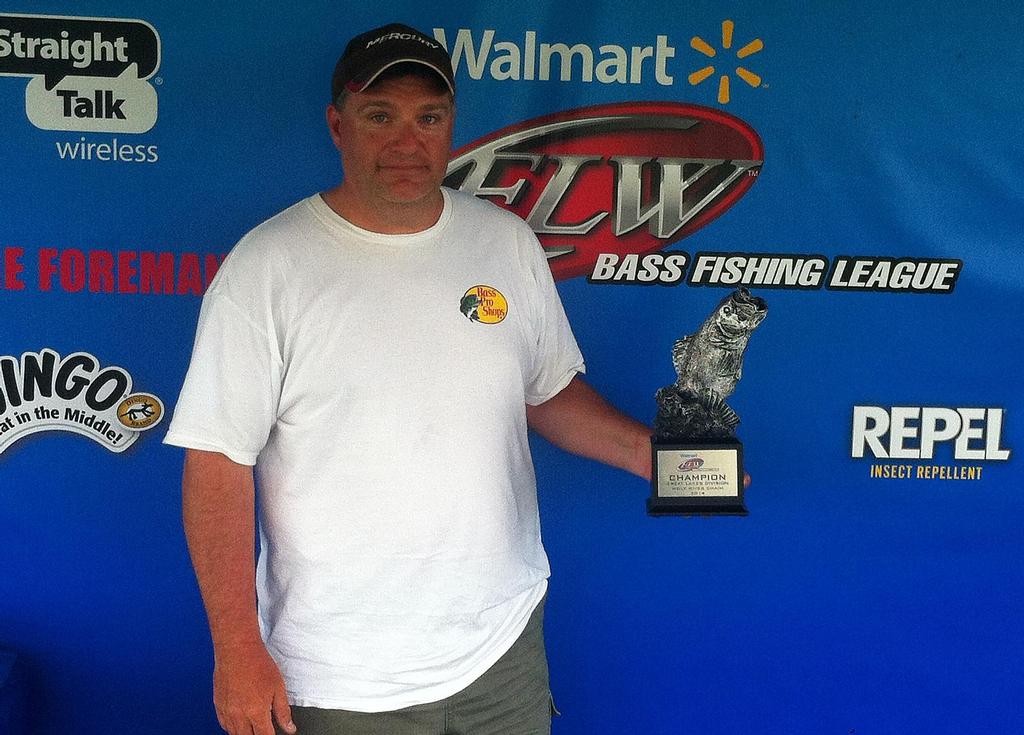 “It felt good, let me tell you,” said Mayan of his first BFL victory. “I have had top-five finishes there multiple times, so I was elated to get the win.

“I was out fishing with a friend the Tuesday before the tournament for three hours. I liked what I saw, so I decided to fish in the river,” said Mayan.

“I was throwing a minnow-colored Bass Assassin Split Tail Shad,” Mayan explained. “I was just targeting the rocks and the weed edges. The water came up a lot from the rain and I was fishing the inside edges in about a foot of water. You could see them when they came to get the bait.

“I caught largemouth and smallmouth and probably caught 20 keepers,” finished Mayan. “I didn’t think I would win. I was expecting 3rd or 4th place. Usually if people are catching them in Lake Winnebago they are a little bigger.” 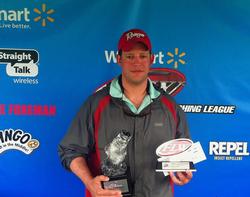 Matthew Kling of Chicago, Ill., weighed in a five-bass limit totaling 13 pounds, 3 ounces Saturday to win $2,292 in the co-angler division.

FLW is the industry’s premier tournament-fishing organization, providing anglers of all skill levels the opportunity to compete for millions in prize money nationwide in 2014 over the course of 229 tournaments across five tournament circuits, four of which provide an avenue to the sport’s richest payday and most coveted championship trophy – the Forrest Wood Cup. FLW tournament fishing can be seen on the Emmy-nominated “FLW" television show and is broadcast to more than 564 million households worldwide, making it the most widely distributed weekly outdoors-sports television show in the world. For more information about FLW visit FLWOutdoors.com and look for FLW on Twitter, Facebook, Instagram, and YouTube.