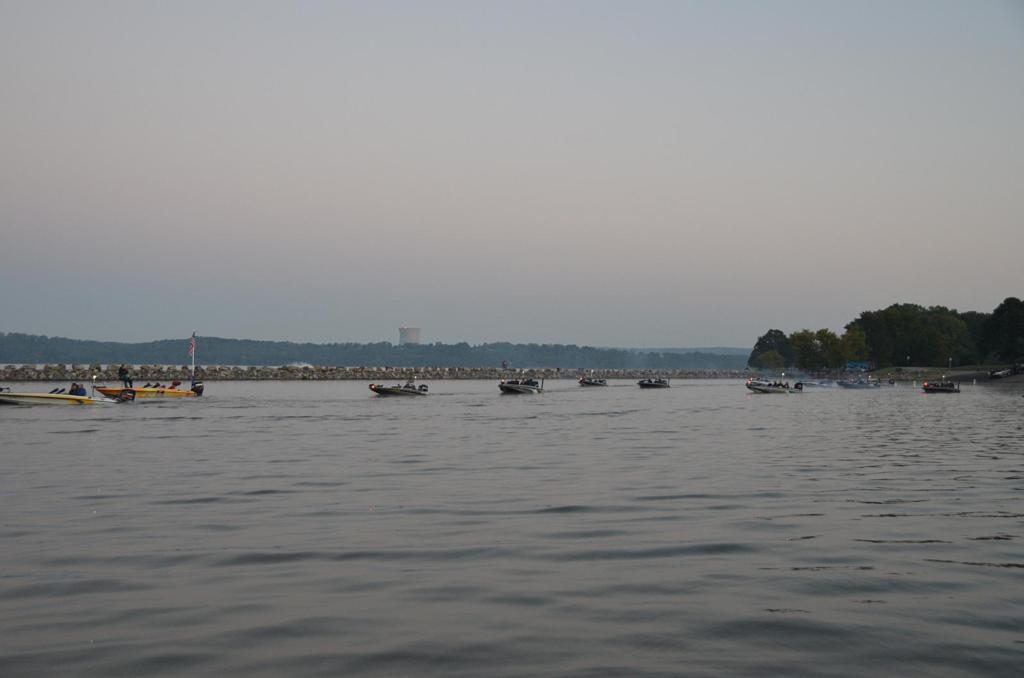 “We’ve had quite a bit of rain lately so there will definitely be a shallow and a deep bite,” said 3M ScotchBlue Tape pro Ray Scheide of Dover, Ark., a six-time Forrest Wood Cup qualifier. “The lake is fishing as good or better than it ever has and it is really in good shape.”

Scheide said that college anglers would be able to find fish shallow around milfoil as well as around the lake’s offshore ledges.

“Whatever your strengths are you can fish them here and you can win a variety of ways. My advice would be to come here and fish your strengths. There are ledges and lots of backwaters and almost everything else.

“For shallow water, power-fishing with a ChatterBait, a topwater frog, something on a big flipping stick or shallow cranking would be the way to go,” said Scheide. “For the deep stuff, standard football jigs, crankbaits and big worms do well.

“My favorite way in the world to fish is to catch bass on topwater baits,” said Scheide. “You can have a blast with a Heddon Zara Spook over the milfoil or a topwater frog in the pads. Those could absolutely be ways to win.

“Right now it is taking 22 to 24 pounds to win a one day event,” finished Scheide. “Dardanelle isn’t like Kentucky Lake where 100th place has 15 pounds, but you can put a hurting on them quickly if you find the right school.”

Anglers will take off from Lake Dardanelle State Park located at 2428 Marina Road in Russellville at 6:30 a.m. Weigh-in will be held at the takeoff location starting at 2:30 p.m. on Saturday. Takeoff and weigh-in are free and open to the public.

Schools competing in the Lake Dardanelle tournament which is hosted by Russellville Advertising & Promotions, include:

Texas Christian University – Austin Tucker and Dustin Jones, both of Fort Worth, Texas

University of Arkansas – Drew Porto and Kenneth Anderson, both of Fayetteville, Ark.

University of Arkansas-Monticello – Richard Harris and Timothy Smith, both of Monticello, Ark.

University of Louisiana-Monroe – Brian Eaton and Nick LaDart, both of Monroe, La.