According to tournament reports, Pickett fished a Carolina-rigged Zoom Trick Worm and a Zoom Brush Hog, targeting grass for his winning limits. He won by nearly 7 pounds, and the win pushed his career earnings with FLW to more than $397,000. 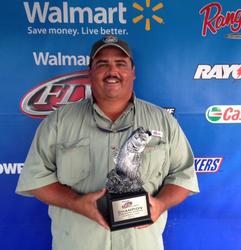