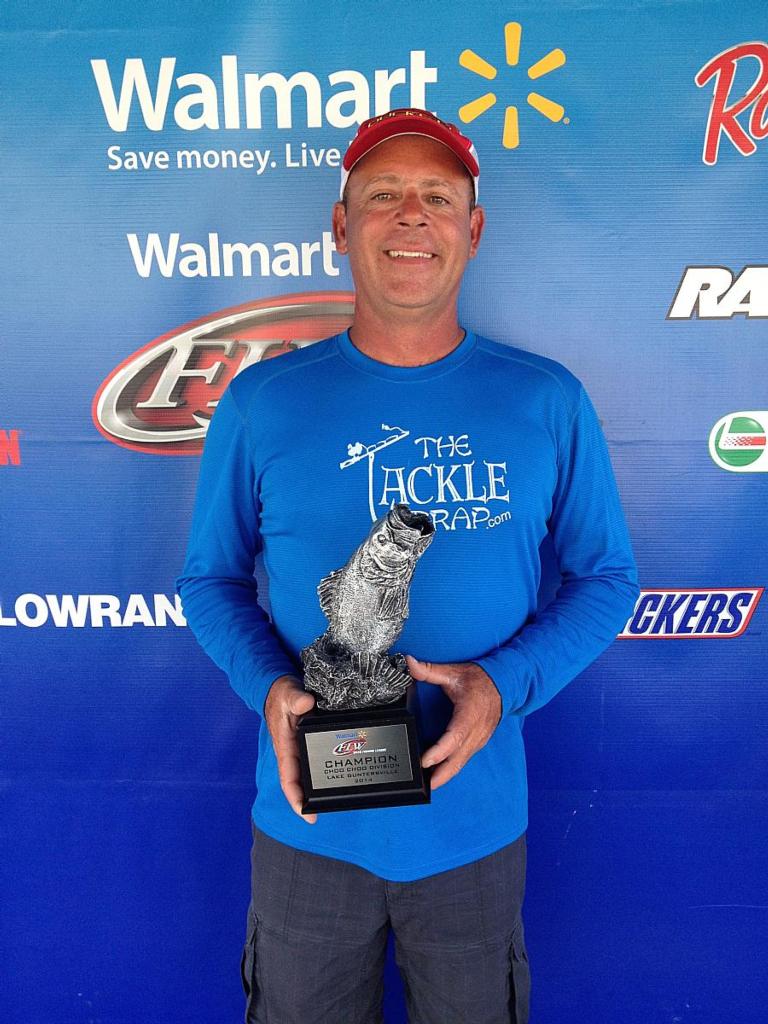 Kevin McMahan of Huntsville, Ala., won the Sept. 20-21 Choo Choo Division Super Tournament on Lake Guntersville with a two-day total weight of 35 pounds, 8 ounces. He was awarded over $4,800 for his efforts.
September 22, 2014 • MLF • Archives

“I was fishing grass edges with a Buckeye Mop Jig, and as the sun came up I flipped scattered grass edges with a 1¼-ounce Strike King Lures Hack Attack jig,” said McMahan, who earned his second win of the year in the Choo Choo Division.  “I also threw a 6-inch Bull Shad swimbait, and that was what most of my kicker bites came on. I had a few areas that I was fishing with just the Bull Shad, but I threw it everywhere I went with the jigs, too.”

McMahan said that besides fishing the Bull Shad around his grass edges he also threw it around deep bridges.

“One of the big keys was getting a low boat draw,” said McMahan. “I know at least three of my competitors that hoped to start at the same place I did, but they all respected that I was there and stayed off my water.

“The first day I caught nine or 10 keepers, but the second day was a lot tougher,” McMahan continued. “I only culled one time, and I think I caught seven keepers total. My big fish on the second day, a 6-pounder, ate the Bull Shad about 4 feet away from the boat. I never even turned the reel handle to flip it in the boat.

“It’s awesome to win,” finished McMahan. “I’m sure winning two BFL events in the same division in a season doesn’t happen all the time. I’m really proud of it. I’ve always wanted one of those trophies, and to get two of them is really special.”

McMahan said that he used a 5/8-ounce Buckeye Lures Mop Jig with Gene Larew Rattlin’ Crawler as the trailer, the Strike King Hack Attack Jig and the Slow Sinking model of the Bull Shad. He also credited his Duckett 320 Casting Reel as key to boating many of the fish he caught flipping. 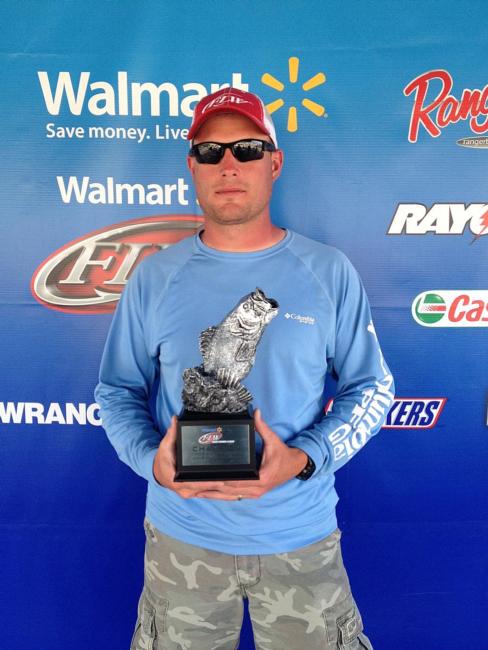 Adam Colquitt of Boaz, Ala., weighed in a two-day total of seven bass totaling 27 pounds, 6 ounces to win $2,434 in the co-angler division Sunday.

About FLW
FLW is the industry’s premier tournament-fishing organization, providing anglers of all skill levels the opportunity to compete for millions in prize money nationwide in 2014 over the course of 229 tournaments across five tournament circuits, four of which provide an avenue to the sport’s richest payday and most coveted championship trophy – the Forrest Wood Cup. FLW tournament fishing can be seen on the Emmy-nominated “FLW" television show and is broadcast to more than 564 million households worldwide, making it the most widely distributed weekly outdoors-sports television show in the world. For more information about FLW visit FLWOutdoors.com and look for FLW on Twitter, Facebook, Instagram and YouTube.