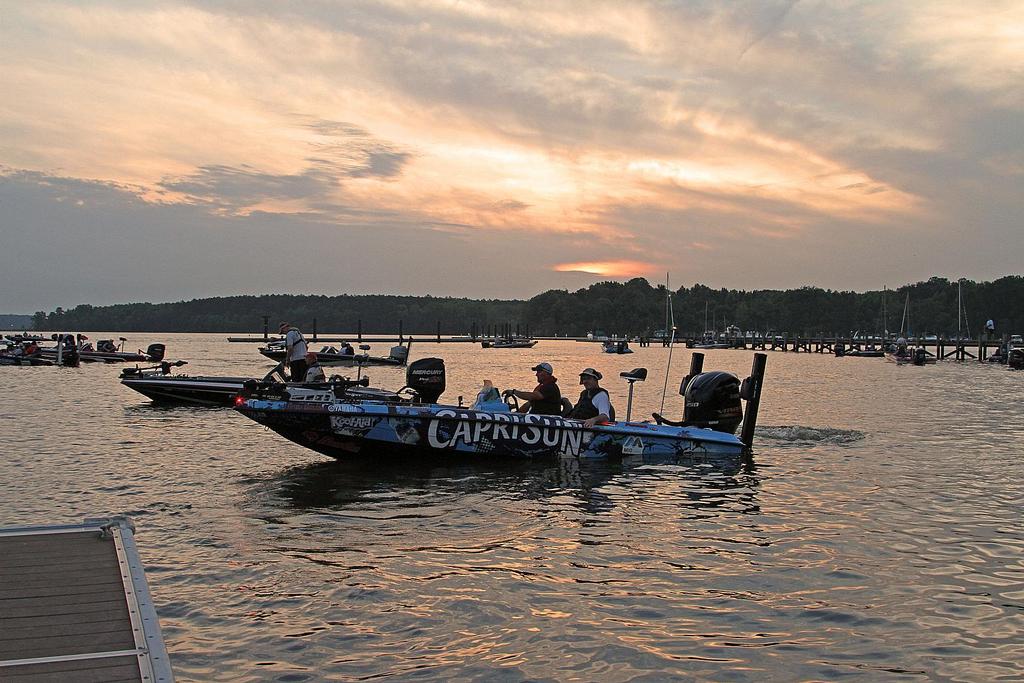 MARBURY, Md. – FLW College Fishing is headed to the Potomac River October 11-12 for the Northern Conference Invitational tournament. Forty-five college teams have qualified for this event and will be competing for a top award of $4,000 and a berth in the 2015 College Fishing National Championship.

“The whole river comes into play this year, so you can’t really narrow it down too much,” said Kellogg’s Frosted Flakes pro Dave Lefebre, who finished in fourth place when the Rayovac FLW Series visited the Potomac River in June. “During the summertime the river has a lot of hydrilla in it, but that will be starting to break up a little bit now. With the grass thinning out, you can definitely catch them cranking with a shallow crankbait. The water is still warm enough for a frog bite and buzzbait bite. And of course spinnerbaits and swimjigs will work. The Potomac is always a good place to power-fish, and the fall just makes it better.

“The fish migrate into the creeks in the fall, like Mattawoman, Potomac, Aquia and even some of the smaller creeks,” Lefebre added. “That’s something unique to the fall, and it could play, but it depends on the weather. The grass is always good there, but in the fall the bass will be on hard cover too, like rocks, docks and wood.

“The tide will definitely be a big challenge,” said Lefebre. “You have to fish around and figure out what the best tide is. You can decide to fish the tide and move with it, or try to stick in one area and follow that group of fish. I make a different decision every time, but I think especially in the fall, you can stay on one group of fish.”

Lefebre predicted that about 36 pounds of bass would win this two-day event.

Anglers will take off from Smallwood State Park located at 2750 Sweden Point Road in Marbury, Maryland, at 7 a.m. each day. Weigh-in will be held at the takeoff location starting at 3 p.m. on Saturday and at Walmart located at 40 Drury Drive in La Plata, Maryland, at 4 p.m. on Sunday. Takeoffs and weigh-ins are free and open to the public.

Schools registered to compete in the Potomac River tournament, which is hosted by the Charles County Board of Commissioners, include:

Ramapo College – Andrew and Joseph Zapf, both of Whippany, N.J.