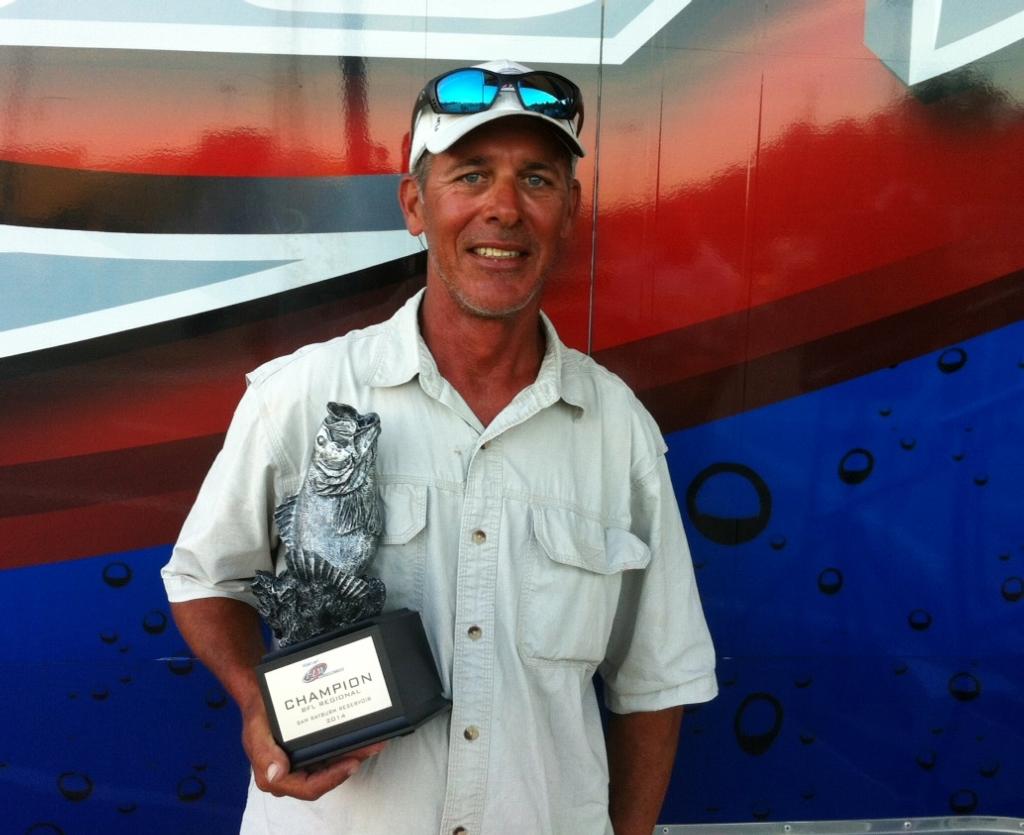 Buzz Gallo of Moselle, Mississippi, won the Oct. 16-18 Walmart BFL Regional on Sam Rayburn Reservoir with a three-day total weight of 40 pounds, 9 ounces. For his efforts, Gallo took home a Chevy 1500 Silverado and a Ranger Boat with a 200 horsepower engine.
October 18, 2014 • MLF • Archives

JASPER, Texas – Buzz Gallo of Moselle, Mississippi, weighed a three-day total of 14 bass totaling 40 pounds, 9 ounces, to win the Walmart Bass Fishing League Regional Championship on Sam Rayburn Reservoir Saturday. For his victory, Gallo took home a Ranger Z518C with a 200-horsepower Evinrude or Mercury outboard and a Chevy 1500 Silverado as well as entry into the 2015 BFL All-American presented by Chevy. This regional tournament featured the top 40 boaters and 40 co-anglers from each of the Arkie, Mississippi, Okie and Ozark divisions.

“I’m still on cloud nine, believe me,” said Gallo, whose win was his first in FLW competition. “This is, by far, my biggest win. I’m stoked and I’m ready to go to the All-American right now.

“The weather in practice forced me to fish places I normally wouldn’t,” Gallo said. “I had three different areas that I fished, but I only fished one of them on day three.

“I stayed in the grass,” continued Gallo. “I fished in 8 to 10 feet of water, and it had to be thick grass. I used my Costa Del Mar sunglasses to see the lanes and pockets in the thick grass and I targeted them.

“I had a bad day one,” Gallo said. “I lost four keepers on a fluke, so I knew I needed to change things up. I put the fluke down on day two and when the wind picked up I really started hammering on fish.”

Gallo’s recipe for success on day two was burning a War Eagle Finesse Spinnerbait and a ½-ounce Spro Aruku Shad lipless crankbait though the lanes and pockets in the grass.

“When the wind picked up again later in the day I started burning the Aruku Shad again and I caught a 7-pounder,” Gallo finished. “That was my second big fish of the day, and I pretty much knew I had the tournament won then.” 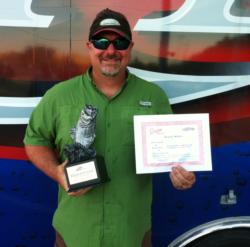 Sam Bremmerkamp of Joplin, Missouri, won the co-angler division with a three-day total of 12 bass totaling 26 pounds, 5 ounces. For his efforts, Bremmerkamp took home a Ranger Z518C with a 200-horsepower Evinrude or Mercury outboard along with a berth in the 2015 BFL All-American tournament.

The BFL Regional Championship on Sam Rayburn Reservoir was hosted by the Jasper County Development District.