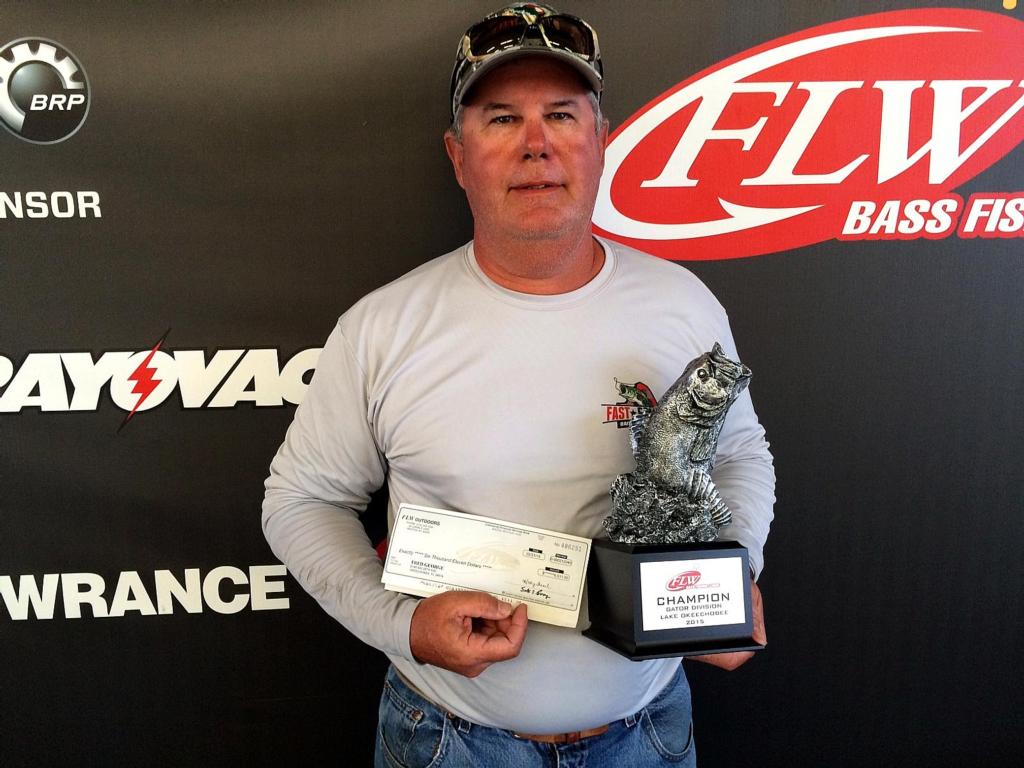 “I was excited as could be,” said George of his first career win. “I’ve fished a few BFL tournaments before but this one ended up going my way.”

Though George reeled in over 22 pounds of fish, the day didn’t start off like he wanted. Due to cold water, George’s primary and secondary fishing spots weren’t producing the amount of weight needed to win the tournament.

“I only caught two fish in the first spot,” said George. “They were keepers, but I knew I needed more.”

Around noon, the Florida angler made the move to a third location in hopes of capping off a winning stringer. He settled on a rim ditch with some rocky piles at the north end of the lake. There, George used a Rat-L-Trap, crankbait and a Carolina-rigged Junebug-colored Zoom Trick Worm to net 15 fish.

“Out of the first six fish I caught, five of them came to weigh-in,” George said. “I knew I could catch at least five fish off of those rocks, but not the 4-pounders I ended up with. They loved the Trick Worm.”

Jason Pike of Greenacres, Florida, weighed in a five-bass limit totaling 19 pounds, 2 ounces Saturday to win $3,006 in the co-angler division.