Four K-State Teams in the top 10 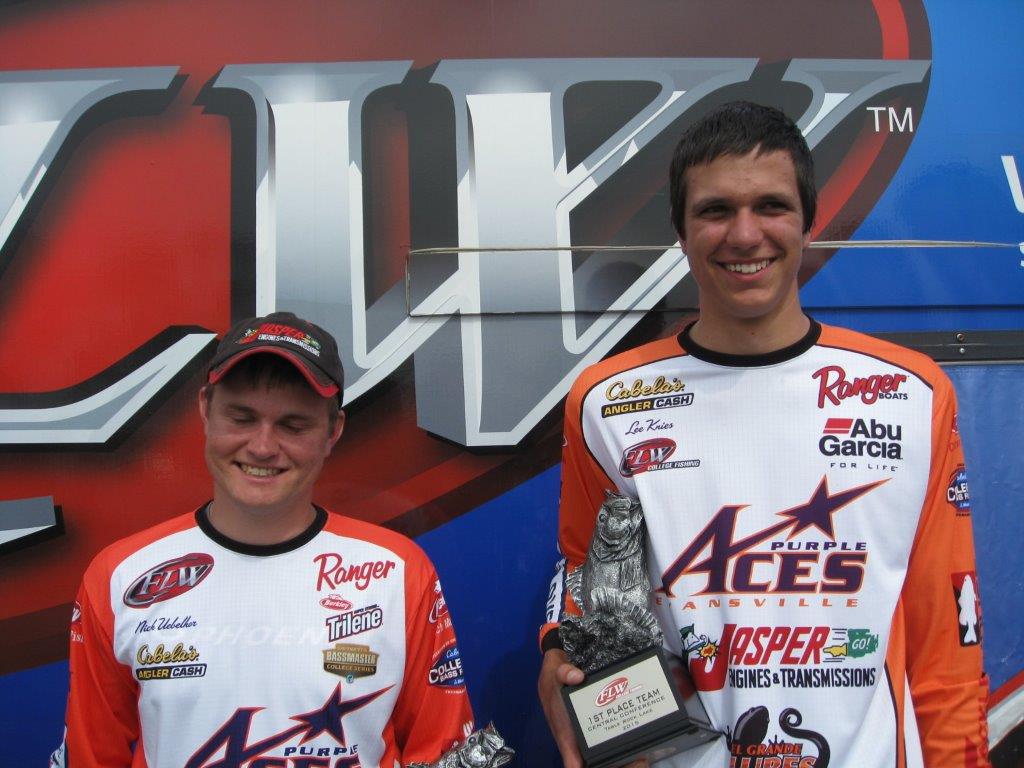 “It feels great to bring a check home to the club,” said Uebelhor, a senior majoring in Mechanical Engineering. “We’ve done well in FLW competition in the past but have never won before.”

“I couldn’t believe it,” said Knies, a sophomore majoring in Electrical Engineering. “We figured we had enough weight to qualify for the Conference Championship but we didn’t think that we had enough to win the tournament.”

The duo said that they started their day off in an area near Indian Point, targeting banks in shallow, off-color water. By 10 a.m., they had netted two keepers throwing an umbrella-rig with Berkley Havoc swimbaits.

“We sat in 10 feet of water and threw up into about 2 to 4 feet,” said Knies. “They really liked the Berkley swimbaits and bit it quick.”

At 10:30 a.m. the anglers decided to make a run to an area near Long Creek to explore banks with similar cover and picked up two more bass.

“About 50 yards from where we stopped, we found our 5-pound kicker,” said Uebelhor.

With a few minutes left in their day, the Evansville duo returned to the take-off ramp and boated their final keeper.

“It was almost four pounds – our second largest fish of the day.” said Uebelhor. “By then we felt good about what we had in the livewell.”

Of the nine fish the team caught during the tournament, two were caught on the umbrella rig while the rest came on a Phantom Green-colored Storm Wiggle Wart.

“This win is a big deal for our team to be able to fish more tournaments,” said Knies. “Money is hard to come by so this is great for our club.”

The top 15 teams that advanced to the Central Conference Championship tournament on Table Rock Lake are: