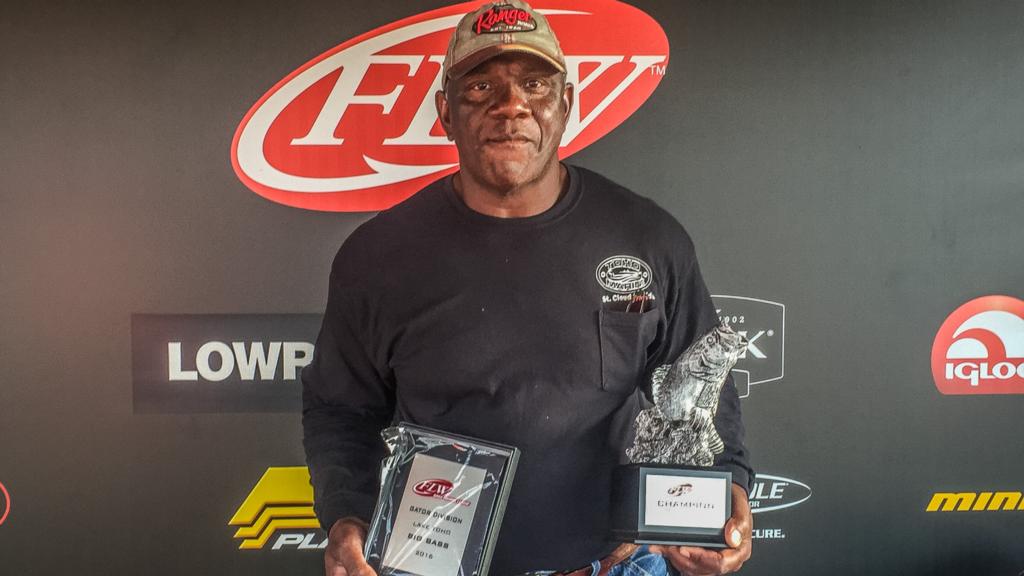 Eady said he caught nearly 25 keepers over the course of the day using an unnamed purple swimbait.

“I focused on submerged hydrilla and Kissimmee grass in less than four feet of water on the north end,” said Eady, who earned his first career win in FLW competition. “I fished the bait really slow. I made sure that it came right over the grass and touched it from time to time.”

The Florida angler said that he hit four different stretches of hydrilla and Kissimmee grass, but only two were needed to produce his winning stringer.

“My biggest fish hadn’t spawned yet and were in the grass waiting to go to the beds,” said Eady. “That was a huge factor in my pattern.”

Eady credited his knowledge of the lake and the recent weather patterns for helping him get the win.

“A lot of competitors were out looking for beds, but I wasn’t,” said Eady. “In fact, I didn’t see a bed all day. This lake is very shallow, so it doesn’t take much of a cold front to scatter fish. With the weather we’ve had, I knew there wouldn’t be anything left on the beds.”

Eady also caught a 9-pound, 7-ounce bass – the biggest of the tournament in the pro division – and earned the day’s Boater Big Bass award of $880.

Tucker caught the biggest bass of the tournament in the co-angler division, a fish weighing 9 pounds, 8 ounces and earned the day’s Co-angler Big Bass award of $440.