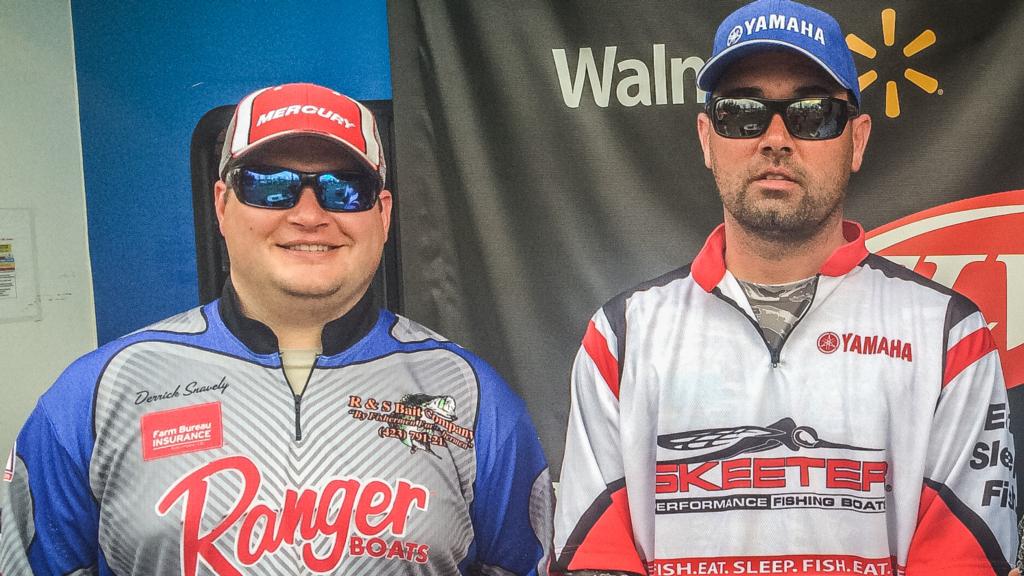 Snavely said he targeted suspended smallmouth bass along the Clinch River side of the lake near specific, slate-colored rock. He said he caught 12 keepers using a shad-colored custom swimbait and ended up weighing in four smallmouth and one largemouth bass.

“This swimbait had a different kind of action that I don’t think the bass were used to seeing,” said Snavely. “I used different heads depending on how deep I wanted to go and I caught a lot of fish on it.”

Faulkner said he was also targeting suspended bass in the same area of the lake, but he opted for an unnamed crankbait. He said he caught six keepers throughout his day.

“I only needed a small stretch of that rock to catch my stringer,” said Faulkner. “I fished for them in water that was 8 to 10 feet deep and was able to put some good ones in the boat.”

Trevor Prichard of Knoxville, Tennessee, caught a 5-pound, 9-ounce bass – the biggest of the tournament in the pro division – and earned the day’s Boater Big Bass award of $575.

Greg Blair of Elizabethton, Tennessee, caught the biggest bass of the tournament in the co-angler division, a fish weighing 5 pounds, 14 ounces and earned the day’s Co-angler Big Bass award of $262.