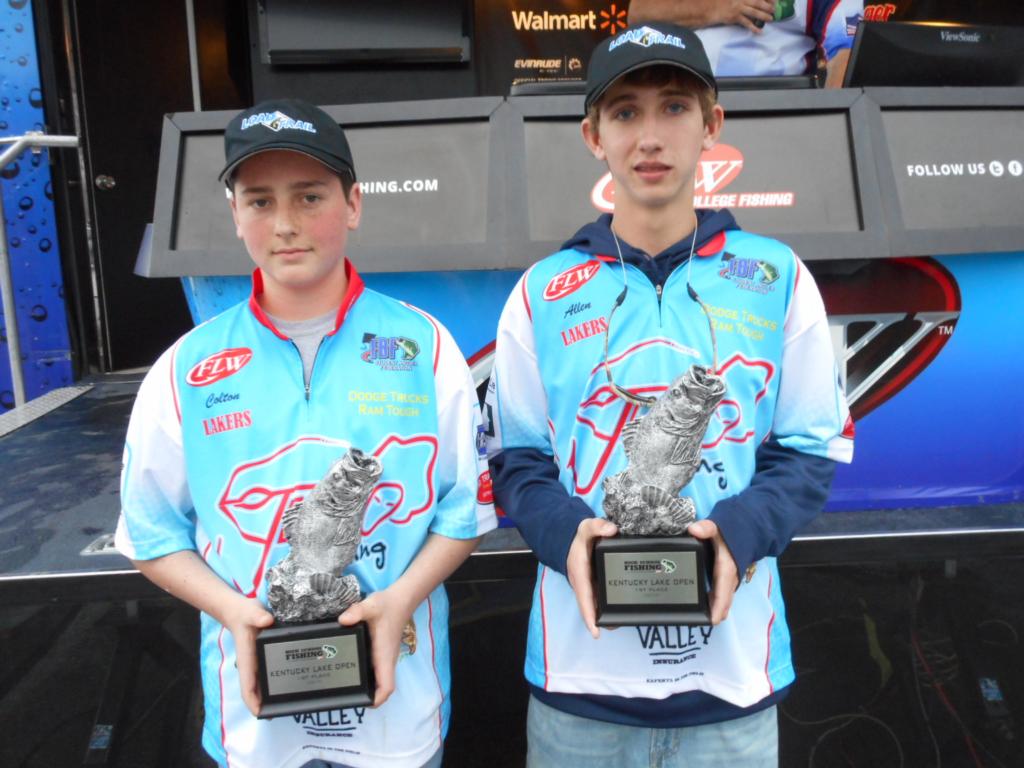 MURRAY, Ky. – The Calloway County High School duo of Allen Mullins of Murray and Colton Noel from Kirksey, Kentucky, brought a five-bass limit to the scale Saturday weighing 27 pounds even to win the 2016 TBF/FLW High School Fishing Murray State Open on Kentucky Lake. The win earned the team the title and qualified the team to compete in the High School Fishing Southeastern Conference championship on Lake Cumberland in Somerset, Kentucky on September 16-17.

The top three team’s winning stringers were caught with Rat-L-Traps, crawfish-colored crankbaits, jerkbaits, spinnerbaits, square-bill crankbaits, swimbaits and umbrella rigs. The depths of water where teams found success varied almost as much as the variety of baits.  Some anglers caught them in the backs of pockets and creeks in 1 to 3 feet of water while others caught them just inside the creeks on the first points or pockets in 6 to 10 feet of water.  Other teams also caught some big fish on the main-lake points in 15 to 20 feet of water.

A total of 117 high school teams from seven different states competed in the tournament. The Lew’s Big Bass Award was won by the Calloway County High School team of Colton Cox and Andrew Douglas with a 6-pound, 9-ounce largemouth bass.

The top three teams on Kentucky Lake that advanced to the Southeastern Conference championship were:

ABOUT THE BASS FEDERATION