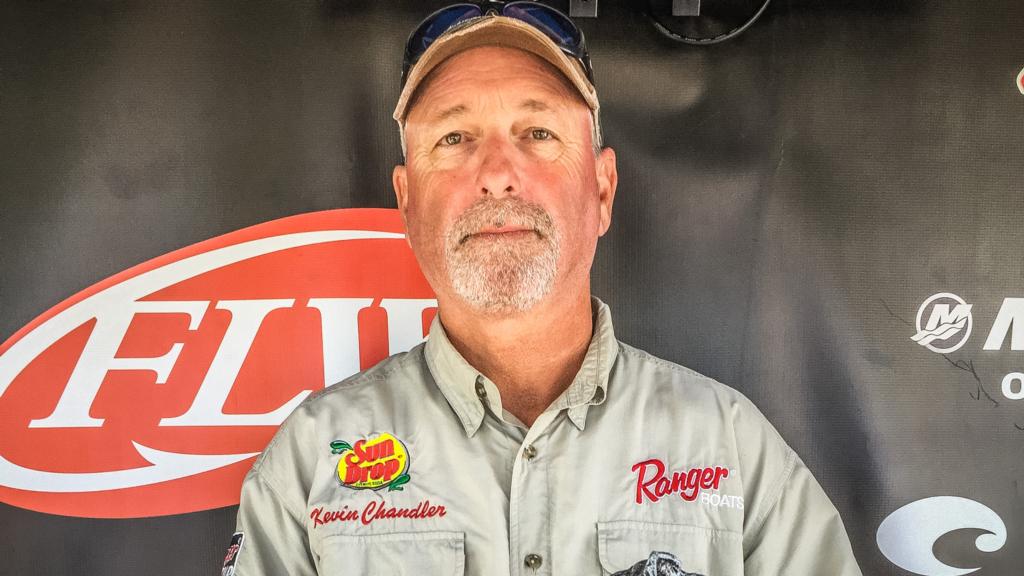 Chandler said he began his day targeting bass on the Savannah River. He split his efforts between a Hawg Caller spinnerbait and a chartreuse-colored Strike King spinnerbait.

“I slow rolled both along rocky points until about 10 a.m.,” said Chandler, who has three career wins in FLW competition. “I was able to bring in about 10 keepers before the bite slowed down. After that I decided to make a run for new cover and switch techniques.”

The North Carolina angler said he finished out his day flipping shallow brush in the backs of creeks using a green-pumpkin and brown-colored custom jig.

“I caught two of my heaviest fish on the jig – a 5½- and a 3½-pounder,” said Chandler. “I used a more subtle approach because the water was only about a foot deep. I ended up with five more keepers and figured I had enough to make a run for the win.”

Randall Spearman of Anderson, South Carolina, caught a 5-pound, 11-ounce bass – the biggest of the tournament in the pro division – and earned the day’s Boater Big Bass award of $435.

Roberts also caught the biggest bass of the tournament in the co-angler division, a fish weighing 7 pounds, 2 ounces and earned the day’s Co-angler Big Bass award of $217.