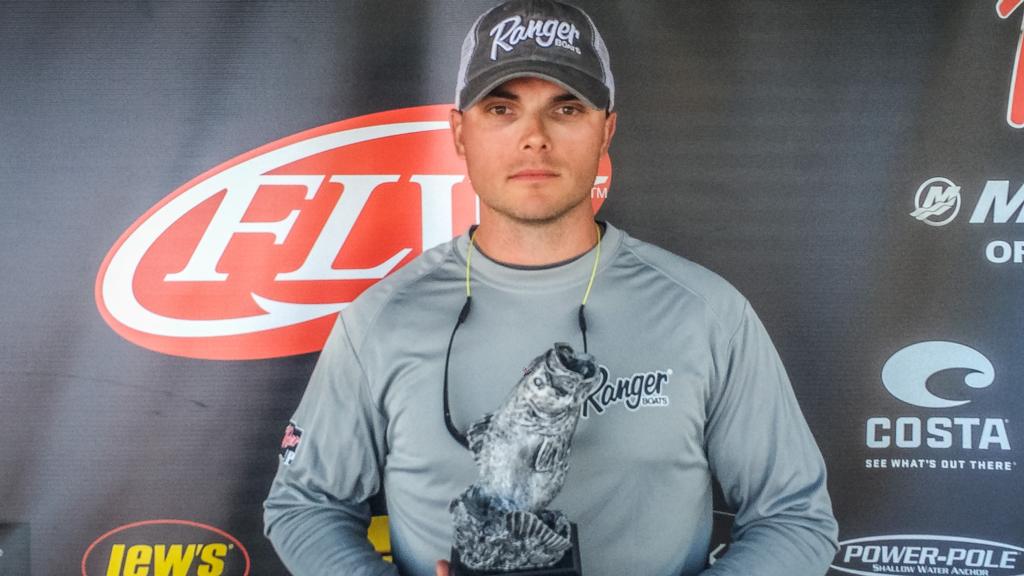 “I was able to dial in on fish that were in very specific transition areas,” said Washam, who logged the first win of his FLW career. “Basically, they were in small stretches of bank or cuts half way back into major creeks, including Yellow Creek.”

“I focused on small spots that boats in front of me weren’t making multiple casts to,” said Washam. “It could’ve been between two docks or a subtle transition in the bank. At my first two stretches, I caught two 5-pounders and I built the rest of my catch around them.”

Washam said his lure – a green-pumpkin-colored Buckeye Finesse Jig with a Zoom Ultra Vibe Speed Craw – was crucial to his pattern.

“There was a lot of boat pressure in the creeks, but with the finesse jig, I was able to get behind people and still catch them,” said Washam. “Several of the fish I weighed in came from spots directly behind people. That was a huge advantage for me.”

Mike Jones of Brandon, Mississippi, caught a 7-pound, 6-ounce bass – the biggest of the tournament in the pro division – and earned the day’s Boater Big Bass award of $830.

Curtis Powell of Brandon, Mississippi, caught the biggest bass of the tournament in the co-angler division, a fish weighing 5 pounds, 13 ounces and earned the day’s Co-angler Big Bass award of $415.