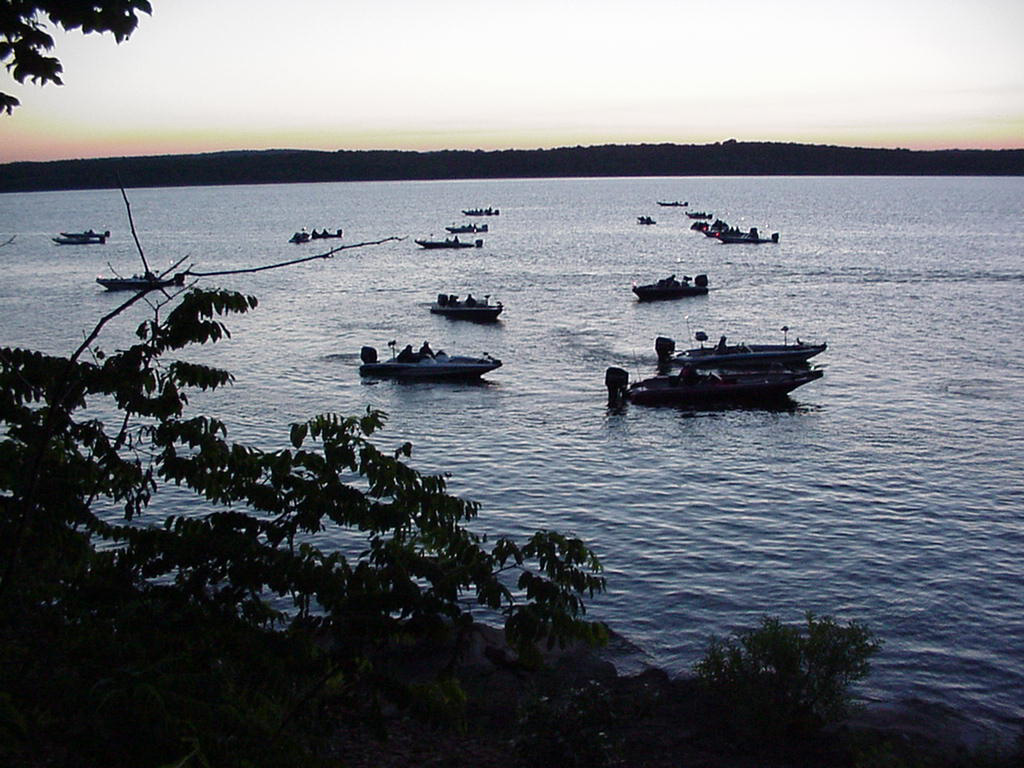 WAGONER, Okla. – FLW College Fishing is headed to Fort Gibson Lake on April 30 for the second of three regular-season bass-fishing tournaments in the Southern Conference. A full field of college teams will be competing for a top award of $2,000 and a berth in the FLW College Fishing National Championship.

“Fort Gibson Lake is fishing excellent right now,” said FLW Tour pro Andrew Upshaw, a former collegiate fishing standout from Stephen F. Austin University who now resides in Sapulpa, Oklahoma. “The lake is loaded with fish and the teams are going to be able to spread out and fish their strengths.

“They can run up the river where the water is dirty and throw spinnerbaits and squarebill crankbaits, or they can stay down in the clearer water and finesse fish,” Upshaw continued. “The fish are super close to spawning and a lot of them are coming from secondary points that lead into the spawning flats. I think targeting the inside edges of boat dock with big jigs and flipping baits will be a very strong pattern.”

Upshaw said that black and blue-colored baits would do better in the dirty water, while he would opt for green-pumpkin or watermelon red-colored baits in the clear water. He said that a team that concentrates on finesse fishing with shaky-head rigs should also do well.

“My advice would be to slow down and don’t get in too big of a hurry,” Upshaw said. “Fort Gibson is a really good finesse lake and there will definitely be quite a few fish caught on shaky-heads.

“Really study the maps as well,” Upshaw went on to say. “There is a lot of information out there as far as where the best creeks are, so really pick the area you want to fish based on your strength and put the time in. I think the winning team is going to weigh between 18 to 20 pounds.”

Anglers will take off from the Taylor Ferry Marina & Resort, located at 34179 Marina Drive in Wagoner, at 6:30 a.m. CDT Saturday. Weigh-in will be held at the marina beginning at 2:30 p.m. Takeoff and weigh-in are free and open to the public.

Schools currently registered to compete in the Fort Gibson Lake tournament, which is hosted by the Wagoner Area Chamber of Commerce, include: