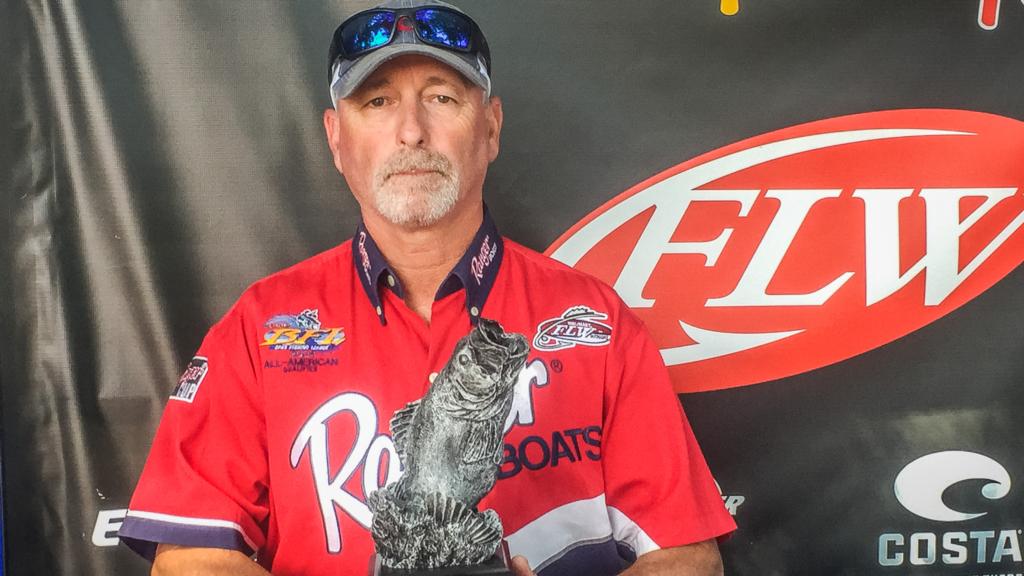 Kevin Chandler of New London, N.C., won the May 14 North Carolina Division event on High Rock Lake with a 20-pound, 12-ounce limit and earned a check worth more than $6,000 for his efforts.
May 16, 2016 • FLW Communications • Archives

Chandler said he spent his day flipping mid-lake bushes on the main-lake channel. He said he preferred bushes that were shallow, specifically in 12 to 14 inches of water.

“A lot of anglers were fishing the backs of creeks, so the bushes were overlooked,” said Chandler, who earned his fourth win in FLW competition. “All of the fish I weighed in came from two areas. They were prespawn, just about ready to spawn.

“I used one bait to catch my limit – a green-pumpkin-brown Dirty South Lures jig with a green-pumpkin Zoom Super Chunk trailer,” said Chandler. “I flipped directly to the middle of the bush. Most of the fish bit as soon as it entered the water.”

Chandler said he caught approximately 10 keepers throughout the event.

“I caught a 4½-pounder on my second flip,” said Chandler. “I had everything I brought to the scale by 10 a.m.”

Ryan Deal of Indian Trail, North Carolina, caught a 6-pound, 12-ounce bass – the biggest of the tournament in the pro division – and earned the day’s Boater Big Bass award of $565.

Forsee also caught the biggest bass of the tournament in the co-angler division, a fish weighing 6 pounds, 10 ounces and earned the day’s Co-angler Big Bass award of $282.