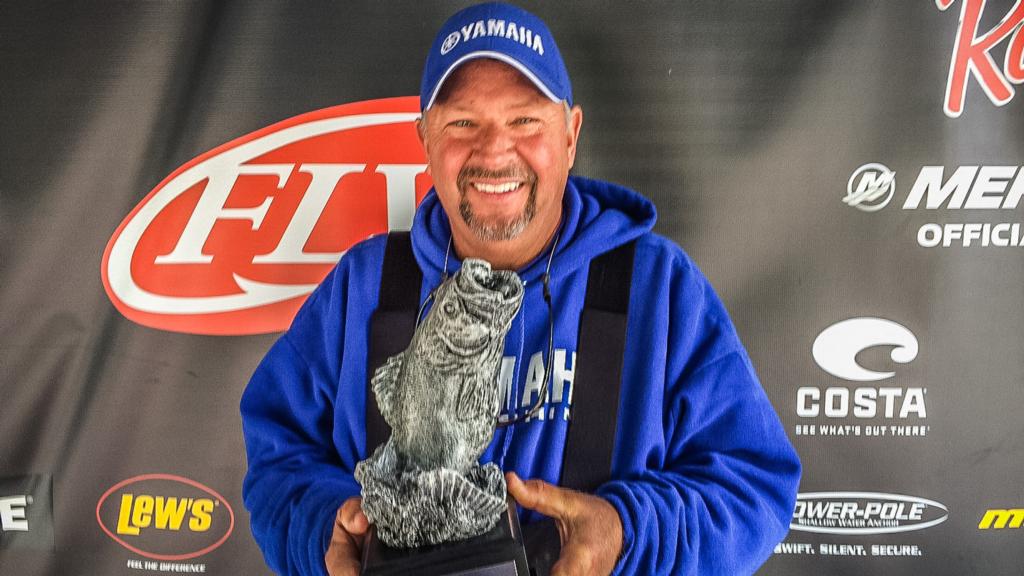 Pickett said he targeted spawning bass in two different areas throughout his day. He said he caught each of the four fish he brought to the scale on a Texas-rigged Indiana Craw-colored Hawgback Tube.

“My first area was a 200-yard stretch of bank near Crooked Creek,” said Picket, who earned the first win of his FLW career. “The bass were spawning next to laydowns on the bank in ditches. I caught my first keeper within 30 minutes, and another one soon after. After that I ran east and hit another stretch with similar cover. After 20 minutes, I caught my final two big ones.”

Picket said the technique he used to position his bait in the cover was what helped him catch his winning limit.

“They key to my success was casting at the correct angle,” said Pickett. “You needed to run the bait down the laydown because they were spawning right next to it. They didn’t want it shook or snapped, so I let it lay there. When the time came to move it, I just pulled it along the bottom.”

Calvin Davidson of Plainfield, Indiana, caught a 6-pound, 15-ounce bass – the biggest of the tournament in the pro division – and earned the day’s Boater Big Bass award of $550.

Looney caught the biggest bass of the tournament in the co-angler division, a fish weighing 4 pounds, 13 ounces and earned the day’s Co-angler Big Bass award of $275.