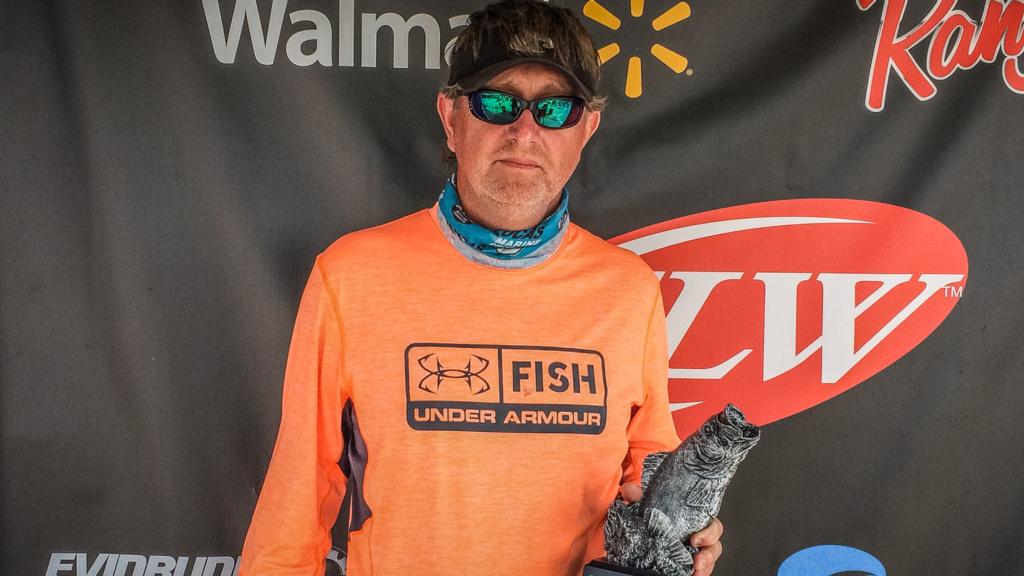 Eddie Armstrong of West Point, Miss., won the May 14 Mississippi Division event on the Columbus Pool with a 14-pound, 14-ounce limit to earn over $4,800 in prize money.
May 16, 2016 • FLW Communications • Phoenix Bass Fishing League

“At the start of the day I picked apart some shallow grass near the gravel pit with a white Spro Dean Rojas Bronzeye Frog 65,” said Armstrong, who earned his second win in BFL competition. “I fished it extremely slow and caught two keepers.”

Around midday, Armstrong said he ran up the Tenn-Tom Waterway to a slough that had cypress trees and stumps. He said he rotated between a green-pumpkin-orange Booyah jig with a Sapphire Blue-colored Zoom Super Chunk Jr. trailer and a Tennessee Shad-colored Bagley Balsa Kill’r B Crankbait.

“I fished the jig next to the cypress trees in about three feet of water,” said Armstrong. “With the crankbait, I killed it when it was next to stumps and then gave it a little shake. The bulk of my fish came on the jig, but my biggest was caught on the crankbait.”

The Oklahoma angler said he ended up catching approximately 15 keepers throughout the event.

“Everything I wanted to try from practice ended up working out in the tournament,” said Armstrong. “As long as I switched baits at the right time, everything went right.”

Ming caught a 5-pound, 15-ounce bass – the biggest of the tournament in the pro division – and earned the day’s Boater Big Bass award of $730.

Bock caught the biggest bass of the tournament in the co-angler division, a fish weighing 4 pounds, 8 ounces and earned the day’s Co-angler Big Bass award of $365.