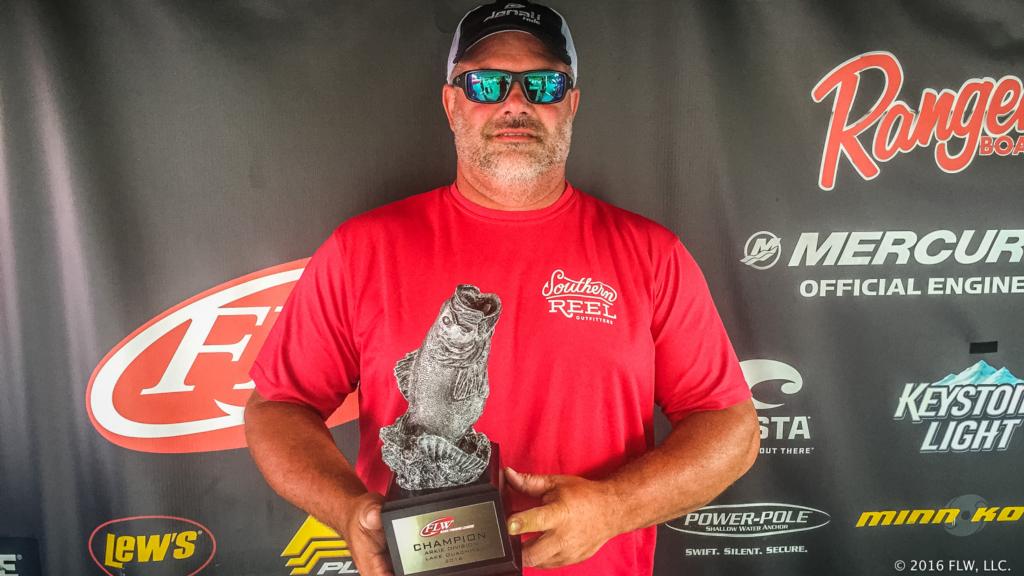 Houchin said he spent his day targeting grass, wood and bushes in two areas within the mid- and upper-lake regions of Ouachita.

“I followed a fairly basic pattern for this event,” said Houchin, who logged his second BFL win of the 2016 season. “I caught my limit on three baits – a white Heddon Zara Spook, a leopard-colored Spro Dean Rojas Bronzeye Frog 65 and a perch-colored 6th Sense Lures jig.”

Houchin said the Spook was the most productive of the three and that he caught the majority of his fish before 10 a.m.

“There wasn’t any deciding factor that forced me to switch baits,” said Houchin. “I basically followed my instinct when it came to the rotation.”

The Arkansas angler said he managed to catch seven keepers over the course of the event.

“I didn’t have a kicker, but I did lose a big one,” said Houchin. “Luckily, it didn’t push me out of the lead.”

Greg Carpenter of Royal, Arkansas, caught a 5-pound, 6-ounce bass – the biggest of the tournament in the pro division – and earned the day’s Boater Big Bass award of $425.

Weston Beck of Searcy, Arkansas, caught the biggest bass of the tournament in the co-angler division, a fish weighing 4 pounds, 1 ounce and earned the day’s Co-angler Big Bass award of $212.