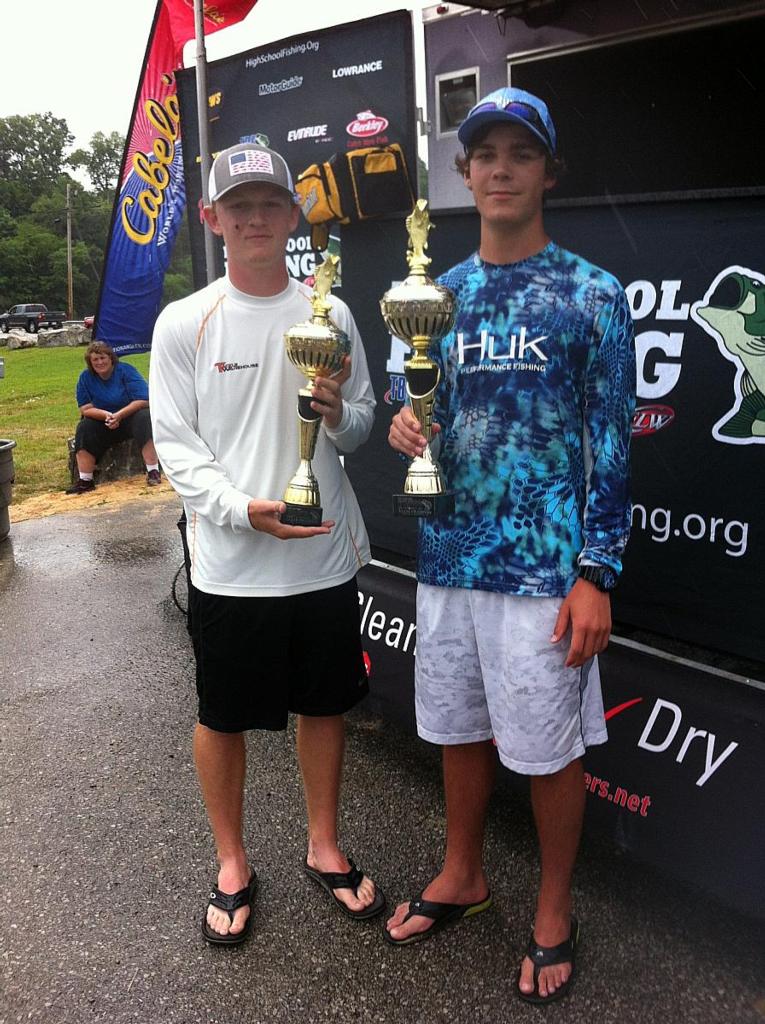 LAFOLLETTE, Tenn. – The Grace Christian Academy duo of Spencer Peters and Austin Kirby brought a five-bass limit to the scale Saturday weighing 13 pounds, 2 ounces, to win the 2016 TBF/FLW High School Fishing Tennessee State Championship on Norris Lake. The win earned the team trophies, the title of state champions, a $10,000 scholarship to Bryan College and advanced the team to the High School Fishing Southeastern Conference championship on Lake Cumberland in Somerset, Kentucky, on September 16-17.

The pair found their winning fish after an early morning mishap clued them into where the bass were sitting.

“My lure got hung up next to the shore at our very first stop this morning,” said Peters, a senior this year. “When I spun the boat around to go get it out Austin flipped out into the deeper water off shore and immediately caught a fish.

“We decided to back off the shore line a little and target an area that was 10 to 15 feet deep and that is where we found most of our fish,” Peters continued. “Had we not got hung up we may have passed over the entire spot.”

“Once we found the spot we used a Carolina-rigged green-pumpkin-colored soft plastic,” added Kirby, a recent graduate who will attend Carson-Newman University next fall. “Every fish we caught was a keeper, and we probably culled 7 or 8 times today. When Spencer caught a big smallmouth toward the end of the day we felt we had a pretty good chance to win.”

The tournament launched from Lonas Young Park in LaFollette.

The top six teams on Norris Lake that advanced to the Southeastern Conference championship were:

Photos and more from the event can be found at HighSchoolFishing.org.