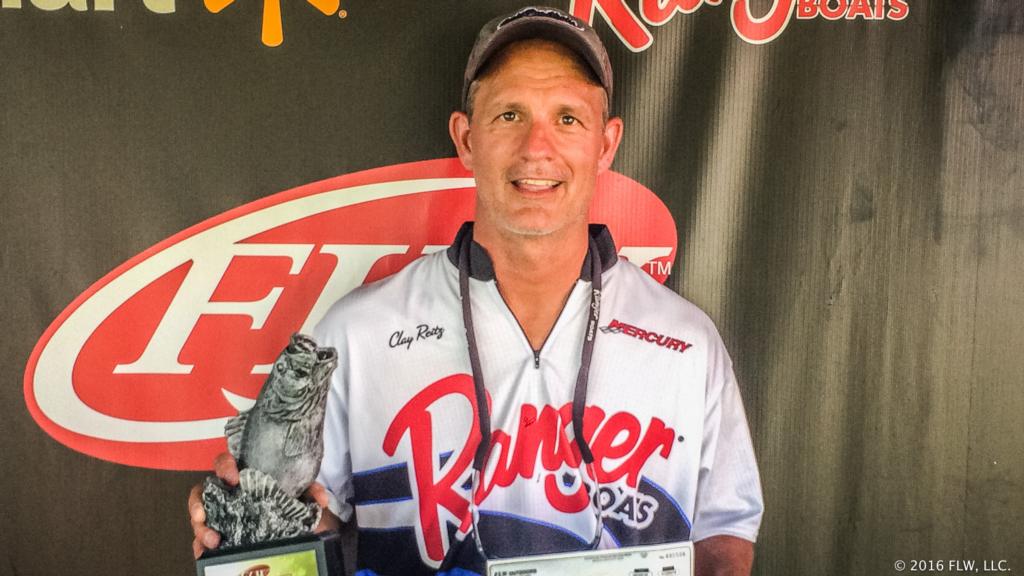 “I decided to head west from the takeoff ramp and fish a rock pile on Lake Poygan,” said Reitz, who notched his fifth win in FLW competition. “It was a little deeper than other people were fishing. I caught three smallmouth on a green-pumpkin Chompers Ultra Tube.

“After that I hit some seawalls in 10 feet of water on the lower end of Poygan using a ½-ounce chrome-colored Blitz Lures Blitz Blade,” Reitz continued. “I was slow rolling it about a foot off of the bottom and the bass bit it without much force. I probably picked apart 15 stretches of wall and was able to catch three more smallmouth.”

Reitz said he managed to cull out his previous catches throughout the afternoon to complete his winning limit.

“After those first three in the morning, it was a grind,” said Reitz. “It took most of the afternoon to get my final three keepers. I didn’t catch many by the end of the day, but they were the right ones.”

Laufenberg caught a bass weighing 3 pounds, 12 ounces – the biggest of the tournament in the pro division – and earned the day’s Boater Big Bass award of $665.

Chueyee Thao of Menomonee Falls, Wisconsin, caught the biggest bass of the tournament in the co-angler division, a fish weighing 4 pounds, 11 ounces and earned the day’s Co-angler Big Bass award of $332.