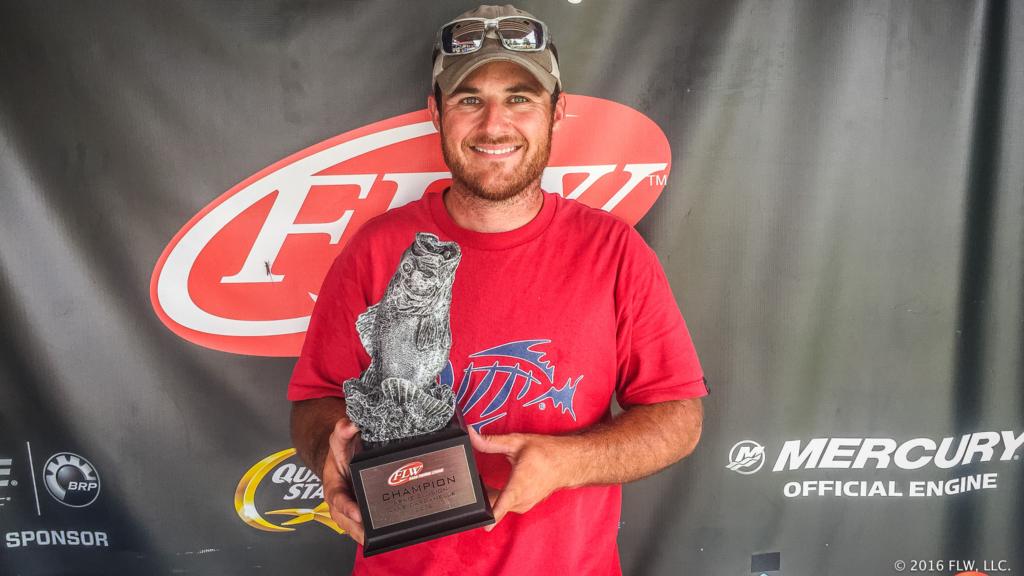 “I spent the day picking apart a main-lake ledge," said Freeman, who earned his first win in FLW competition. “I targeted bass in a school that I had located the week before, but in sunny weather. On Friday evening some storms moved through, so I didn’t know if they’d still be there. Thankfully, after a little time, I had them figured out again.”

Freeman said the bass were suspended in 6 to 8 feet of water, not on top of the brush piles like he had originally planned.

“I had to swim a jig over the top of them,” said Freeman. “I used a custom green-pumpkin and purple-colored football-head jig and ran along a 50-yard stretch. I fished the area until noon and then hit a couple of other spots.”

Freeman said he switched to a Carolina-rigged, green-pumpkin-colored Zoom Mag 2 Worm toward the end of his day.

“Of the 11 keepers I caught during the event, I ended up weighing two from the Mag 2,” said Freeman. “I had a great day out there.”

Lance Pyle of Sherwood, Arkansas, caught a bass weighing 6 pounds, 15 ounces – the biggest of the tournament in the pro division – and earned the day’s Boater Big Bass award of $485.

Broomfield caught the biggest bass of the tournament in the co-angler division, a fish weighing 5 pounds, 13 ounces and earned the day’s Co-angler Big Bass award of $242.