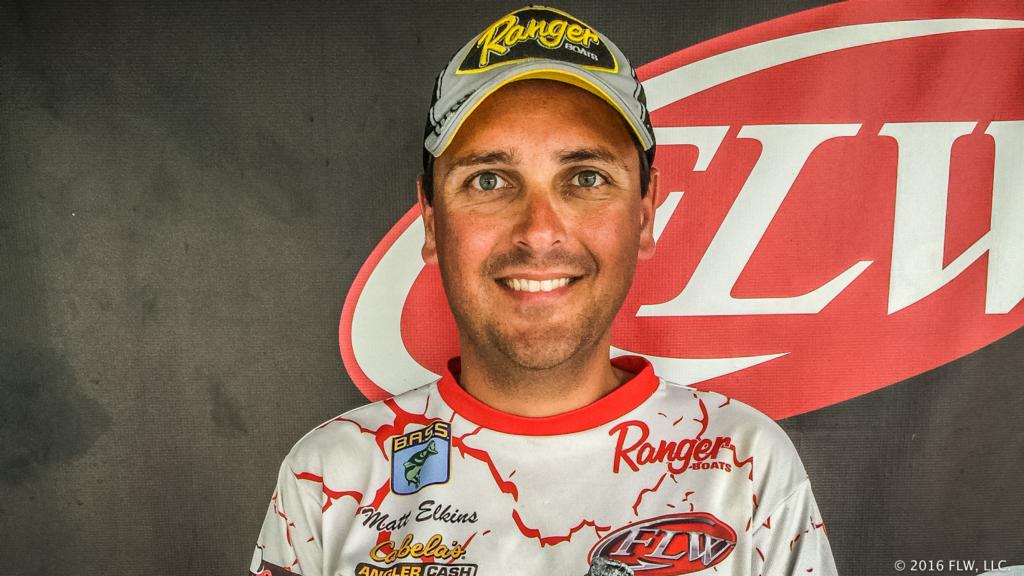 “I caught my fish out of one area on Lake Erie and had a limit by 8:30 a.m.,” said Elkins, who earned his second BFL career win on the Detroit River. “I was way offshore, probably 30 miles, and fishing deep. My catches came from more than 30 feet down.”

Elkins said he rotated between two baits on a drop-shot rig – a purple-passion-colored LBA Baits Ding Ding and a smoke-purple Jackall Crosstail Shad.

“I fished very specific, isolated spots,” said Elkins. “I stood on the trolling motor and casted 30 feet forward and dragged it slow over rocks piles or a ridge.”

Elkins said a crucial part to his success was letting his fish replenish.

“In these spots, you’ll catch them fairly quick and then the bite dies off,” said Elkins. “I had to move around and let them reset. After catching my limit, I returned around 12:30 p.m. and boated two more. Those were the only fish I caught all day.”

Brett Haake of Shorewood, Illinois, caught a bass weighing 6 pounds even – the biggest of the tournament in the pro division – and earned the day’s Boater Big Bass award of $465.

Itoh caught the biggest bass of the tournament in the co-angler division, a fish weighing 5 pounds, 6 ounces, and earned the day’s Co-angler Big Bass award of $232.