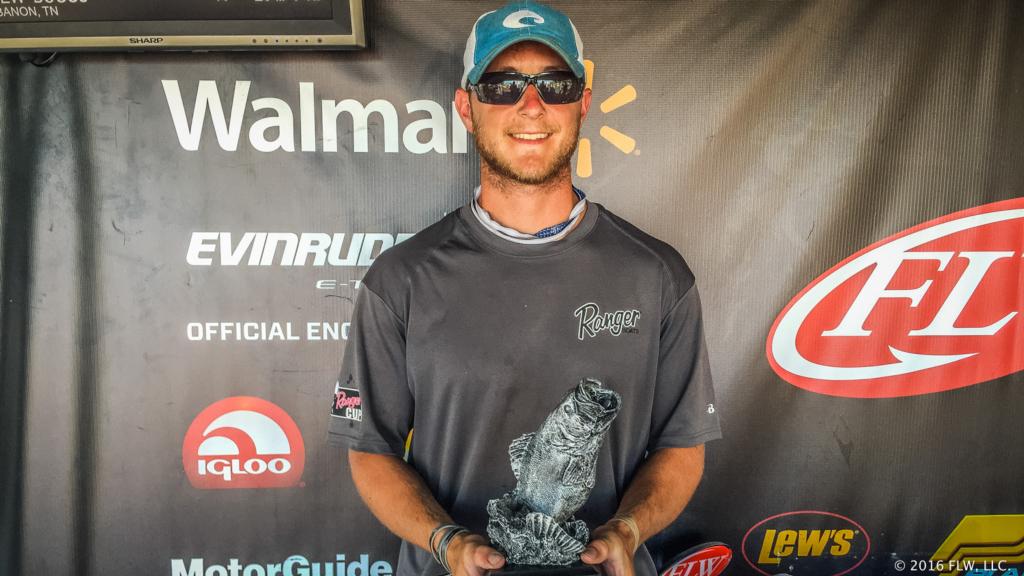 Barga said he spent the event focusing on wood, stumps and brush piles in the Jonathan Creek area.

“I had two key stretches that I ran between each day of the tournament,” said Barga, who earned his first win in FLW competition. “One was about 50 yards long, and the other was a 30-foot stake bed. The stake bed ended up being very valuable. I caught a key bass off of it each day.”

Barga said he used a chartreuse and white-colored War Eagle Spinnerbait to catch nearly 15 keepers over the two-day event.

“I just slow-rolled the War Eagle and caught five keepers on Day One,” said Barga. “Most of my fish were about six feet down. On Day Two, I followed the same pattern from Saturday and had every fish that I weighed in by 8 a.m.”

Edward Gettys of Paris, Tennessee, caught a bass weighing 6 pounds, 13 ounces – the biggest of the tournament in the pro division – and earned the Boater Big Bass award of $720.

Luce caught the biggest bass of the tournament in the co-angler division, a fish weighing 6 pounds, 11 ounces, and earned the Co-angler Big Bass award of $360.