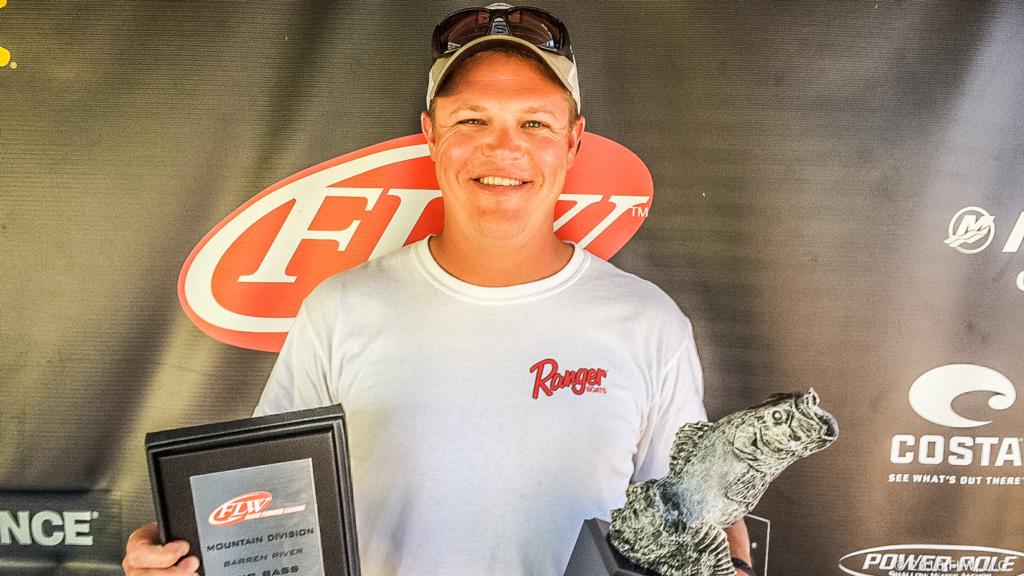 “I went into this tournament wanting to target shallow fish,” said Graham, who earned his second win in FLW competition. “It can be tough to find them deep this time of year.

“On Saturday, I went into a creek on the north end of the lake that I had found in practice,” Graham continued. “There was a small area holding fish. I used a white buzzbait and flipped Texas-rigged soft-plastic craws into wood, logjams and laydowns. I had a limit by 9:30 a.m. I spent the rest of the day in that sweet spot trying to cull.

“On Day Two I returned to the creek and worked my way back there,” said Graham. “I caught three keepers in five minutes using the same Texas-rigged craws from Saturday. I lost a 4-pounder mid-morning, but I knew there was enough good bass in there to grind out another limit. We worked the entire area over.”

Around 10:30 a.m., Graham said he went to the very end of his spot and caught a fish nearing five pounds.

“At that point, I thought I had a good chance to win,” said Graham. “I was lucky to have my fish cooperate with me for two days in a row.”

Graham also caught the largest bass of the tournament, weighing 5 pounds, 3 ounces, and earned the Boater Big Bass award of $682.

Drury caught the biggest bass of the tournament in the co-angler division, a fish weighing 5 pounds, 6 ounces, and earned the Co-angler Big Bass award of $341.