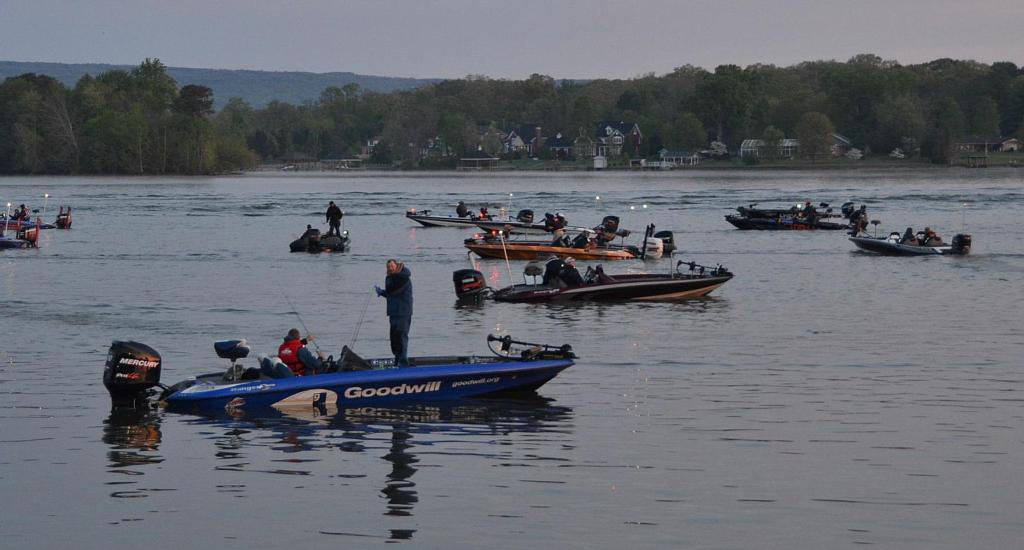 DAYTON, Tenn. – FLW College Fishing is headed to Lake Chickamauga on Sept. 24 for the third and final regular-season bass-fishing tournament in the Southeastern Conference. A full field of college teams will be competing for a top award of $2,000 and a berth in the FLW College Fishing National Championship.

“The lake is fishing a little tough right now, but it still took a five-bass limit weighing 24 pounds to win a tournament here this past weekend,” said FLW Tour pro Michael Neal of Dayton, who has five top-10 finishes on Lake Chickamauga in FLW competition. “There are still a lot of good fish being caught, but it’s far from being fast and furious right now. It always happens this time of the year – the fish are in transition and you’re limited to a much slower presentation.

“I think that 90-percent of the fish that are weighed in at this tournament will be grass-related,” Neal continued. “I think that flipping a 1- or 1½-ounce weight with a beaver-style bait – I’d throw a Big Bite Baits Yomama – will be strong. Topwater baits like Zara Spooks and Lucky Craft Sammys will do well first thing in the morning. They’ll catch a few fishing a jig or a worm on the outside edges as well. I truly believe this tournament will be won out of the grass.”

Neal predicted the winning duo would need at least 24 pounds of Chickamauga largemouth to best the field and earn the $2,000 payday. When asked for any advice for the competing college anglers, Neal said flipping was the deal.

“If I wasn’t real familiar with the lake, I would put a flipping stick in my hand and not lay it down,” Neal went on to say. “If you can keep the mentality that you’re fishing for just six or seven bites throughout the day and stay committed, you’ll come out with a solid bag.”

Anglers will take off from the Dayton Boat Dock, located at 175 Lakeshore St. in Dayton, at 7 a.m. EDT Saturday. Weigh-in will be held at the marina beginning at 3 p.m. Takeoff and weigh-in are free and open to the public.

Schools currently registered to compete in the Lake Chickamauga tournament, which is hosted by the Rhea Economic and Tourism Council and Fish Dayton, include:

Calhoun Community College – Denver Satterlee and Jonathon Tilley, both of Athens, Ala.

Faulkner University – Joseph Lacy and Breanna Wyatt, both of Pell City, Ala.

University of Alabama – Lee Mattox, Cullman, Ala., and Anderson Aldag, Birmingham, Ala.

University of Georgia – Bayne Miller and Freeman Edwards, both of Buford, Ga.

University of Montevallo – Jeffrey Mills, Pelham, Ala., and Brady Vernon, Birmingham, Ala.

University of Montevallo – J.T. Russell, McCalla, Ala., and Tyler Howard, Pelham, Ala.

University of North Alabama – Luke Mason, Somerville, Ala., and Matthew Reyer, Elkmont, Ala.

University of Tennessee – Will Harrison and Ben Bates, both of Pulaski, Tenn.