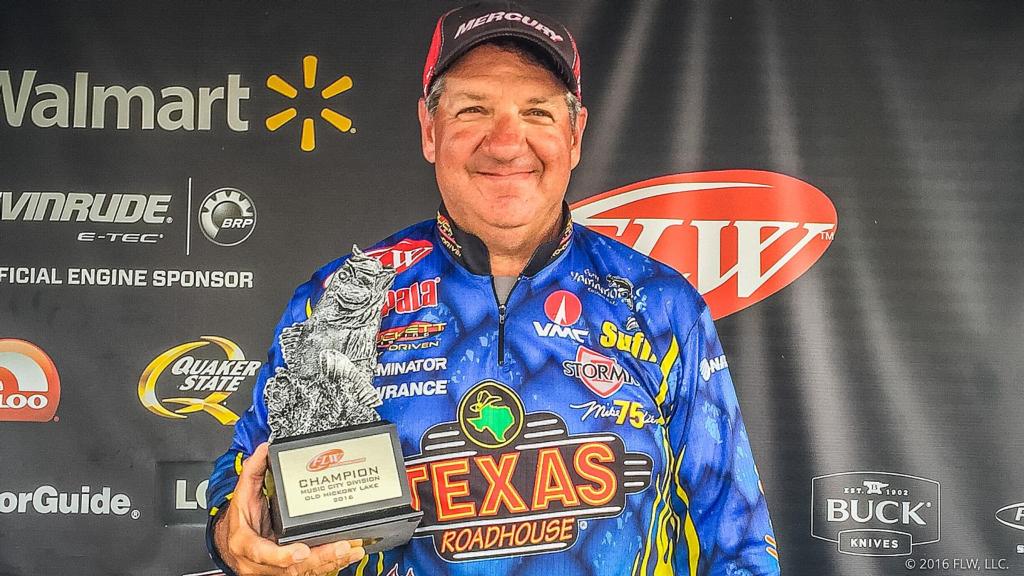 “On Saturday I started shallow in the back of East Fork Station Camp Creek using a white Z-Man ChatterBait with a Yamamoto Shad Shape Worm,” said Delvisco, who earned his first win in BFL competition. “I caught some keepers, and then went out deep to fish mid-lake drops.”

Delvisco said he topped off Saturday’s limit using the ChatterBait and a VMC Swinging Rugby Jig. He said he wrangled a 5-pounder – the heaviest bass weighed in the event – toward the end of the day.

“On Sunday I went straight to my stretch of drops instead of going shallow,” said Delvisco. “I returned periodically to the most productive hole, which was a little ditch on a drop, and caught four good keepers. I had to be patient. I only had five bites Sunday compared to 12 the day before.”

Delvisco said he built his final-day limit using a football–head jig rigged with a crawdad, and the Swinging Rugby Jig with a green-pumpkin Yamamoto Creature Bait trailer.

Edward Lovely of Manchester, Tennessee, won the co-angler division and earned $1,939 with a two-day cumulative catch of six bass weighing 19 pounds even.

Birdwell caught the biggest bass of the tournament in the co-angler division, a fish weighing 4 pounds, 14 ounces, and earned the Co-angler Big Bass award of $191.