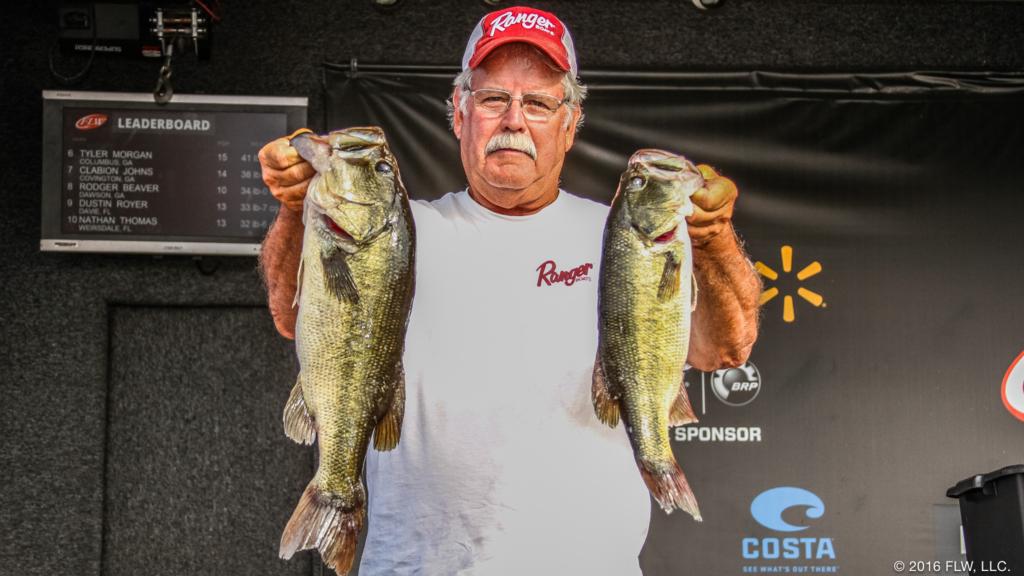 Deakins said he spent his entire tournament targeting suspended fish near standing timber in the Spring Creek area of Lake Seminole. For the first two days, he said he threw an electric shiner-colored Zoom Z Craw rigged with a 1/8-ounce weight.

“My practice partner actually figured out how to get them biting initially,” said Deakins, who notched his fifth win in FLW competition. “He let the lure slowly fall down the trunks of the timber, and the fish would eat it on the way down. That worked for two days, but eventually I had to change it up.”

After catching nearly 30 keepers in two days, Deakins said strong winds forced him to adjust his pattern on Day Three.

“I had a tougher time because the light sinker was hard to control in the wind,” said Deakins. “I switched things up around 10:30 a.m. and went with an umbrella rig to get bites.”

Deakins said he rigged his umbrella rig with two dummy baits and three ¼-ounce heads paired with 4-inch natural light-colored Scottsboro Tackle Company Swimbaits. He said he targeted a group of fish that he had located during the first two days of the event.

“That’s the first place I went to, and they were deep,” said Deakins. “I caught some keepers almost immediately. I’m really glad I threw to them.”

Jessey Rudolph of Deltona, Florida, won the co-angler division and a new Ranger Z518C boat with a 200-horsepower Mercury outboard with a three-day cumulative catch of 15 bass weighing 36 pounds, 2 ounces.